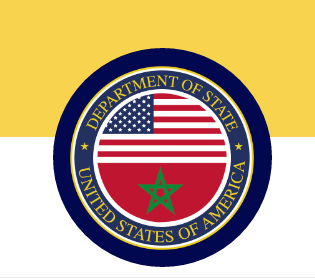 The annual report highlighted Morocco’s commitment to guarantee the freedom of speech and the press noting that “in July the parliament passed a new press code that limits punishments for journalistic infractions to fines.”

Concerning the internet, the report welcomed the fact that the Moroccan government “did not restrict or disrupt access to the internet,” adding that Morocco’s “new press code stipulates that online journalism is equivalent to print journalism.”

The report went on to say that “according to Freedom House’s current Freedom on the Net report, the government did not block or filter any websites during the year, although laws on combatting terrorism permit filtering websites.”

Another issue that drew praise from the U.S. Department of State was Morocco’s migration policy. The report underscores that Morocco cooperates with the Office of the UN High Commissioner for Refugees (UNHCR) and other humanitarian organizations in providing protection and assistance to refugees, returning refugees, asylum seekers, and other persons of concern.

“The government also provided funding to humanitarian organizations to provide social services to migrants, including refugees,” said the report.

On Morocco’s efforts to protect religious diversity, the report points out to the government’s protection and support for the Jewish community.

The report also sheds light on the legislative elections that took place on October 7, adding that these polls were described by international and domestic observers as “credible and relatively free from irregularities.”

Despite the headway in promoting human rights in the Kingdom, the report notes that most significant human rights problems continue to be corruption, discrimination against women and disregard for the rule of law by security forces.