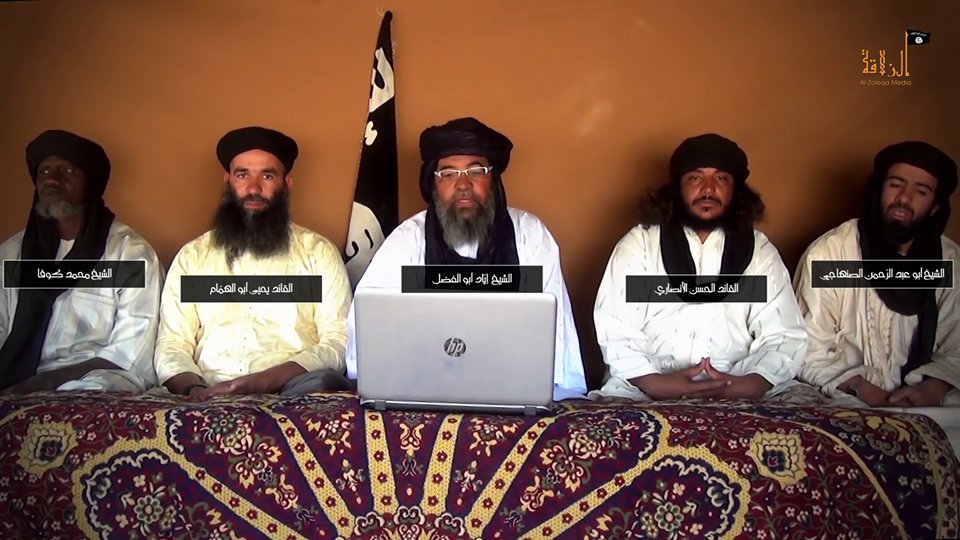 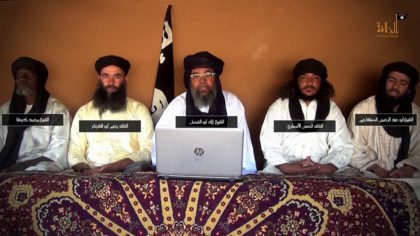 Four terrorist groups operating in the Sahel announced their merger into one group pledging allegiance to Al Qaeda and its Jordanian leader Azarkawi.

The four terrorist groups were brought together under the command of Iyad Ag Ghali, the leader of Ansar Eddine terrorist group based in Mali. The new terrorist organization bears the name of “Jamaât Nasr Al islam wa Al mouminin” (Group for the Defense of Islam and the Muslims).

The merger brings the terrorist groups operating in the Sahel under the umbrella of Al Qaeda. The merging groups are: Ansar Eddine, Al Mourabitoune- led by Algerian notorious terrorist Moukhtar BelMokhtar-, the Macina brigade, and AlQaeda in the Islamic Maghreb (AQIM) led by another Algerian Abdelmalek Droudkel.

Jeune Afrique Magazine quoted regional experts saying that the unification of the four groups under the banner of Al Qaeda was in response to the rise of Daech (IS) in Libya and a fear of being overshadowed by it, notably after leaders of the Unity and Jihad in West Africa (known as MUJAO) broke away with AL Qaeda to join IS in 2015.

International reports have accused Algeria of cooperating with Ansar Eddine and its leader Ag Ghali to quell the separatist ambitions of the secular Azawad movement. Algeria’s support for Ag Ghali was intended to foster extremism in the region to avert a spillover of an independent Tuareg state on its own Tuareg population.