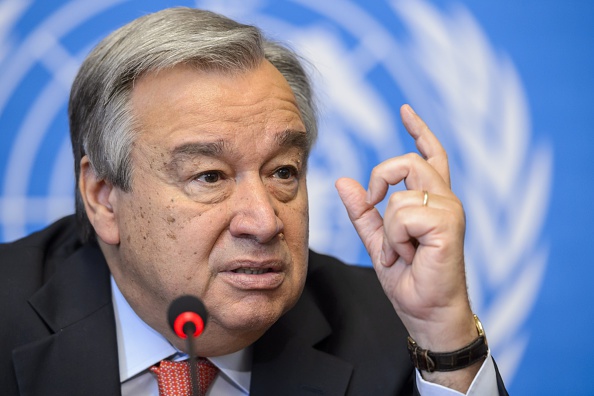 Morocco urged the United Nations to take necessary measures to avert the serious violations of the ceasefire agreement by the Polisario in the southernmost tip of the Sahara. In a telephone conversation, King Mohammed VI drew the attention of the UN Secreatry General to the gravity of the recurrent incursions by the Polisario armed men in the Guergarat region and warned of the repercussions of such ceasefire violations on regional peace and security, said the Royal Office in a statement.

The same source added that prior to Morocco’s return to the African Union, the Algerian-backed separatists attempted in vain to stir instability and sap Morocco’s legitimate ambition to regain its place within Africa’s institutional family.

Morocco had on multiple occasions complained of the Polisario violations before the UN’s mission in the Sahara, the MINURSO, the statement recalled.

Last August, Morocco launched a security operation led by the police and customs authorities against smugglers who turned the area of Guergarat to a venue for engaging in all sorts of illegal cross-border commercial activities.

In 2007, Morocco put forward the autonomy initiative after the organization of a referendum proved to be unfeasible in view of disagreements over who is eligible to vote. Morocco offers the autonomy initiative, which has been internationally endorsed as a credible solution, as a basis for negotiations. The autonomy plan offers the Sahara exclusive powers with regards to managing local affairs within the framework of Morocco’s sovereignty and territorial integrity.