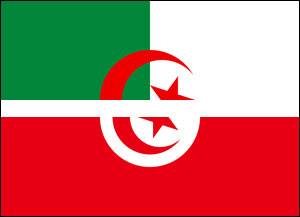 Tunisia and Algeria urge for exploitation

The governments of Tunis and Algiers have urged businessmen to capitalize on the investment opportunities given to them in a bilateral cooperation between two countries in order to promote trade and development. Both parties showed their willingness to promote dialogue in their relations and agreed on the elaboration of a roadmap for the development of border regions they share aimed at strengthening their relations.
They were able to sign a document targeting the promotion of economic exchanges between them and in a joint statement, they described their agreement on the ‘Protocol on Rules of Origin Agreement and preferential trade’ as a milestone and its implementation which will create new perspectives for partnership and investments in the two states. A joint commission tasked with consular affairs will elaborate on it before its submission to the ‘Grande commission mixte.’
Tunisia and Algeria expressed their delight on the way their political as well as commercial and trade relationships are heading towards as the latter continues to grow but they have called for more efforts to be invested into security. The region is threatened by extreme Islamic groups such as Al Qaeda and AQMI and both governments have agreed to concentrate on continuing their fight against terrorism, organized crime, smuggling and drug trafficking.
After cementing their bilateral interests and concluding agreements geared towards the promotion of trade and investment, the dignitaries of the two state dwelled on the matters affecting the Maghreb and their subjects of discussion was centered around assuring stability in Libya which is in a state of fragile peace and transitional democratic process, the successful organization of the next Maghreb summit in Tunisia, a political solution rather than a military intervention in Mali as well as recent developments in Syria and Palestine.