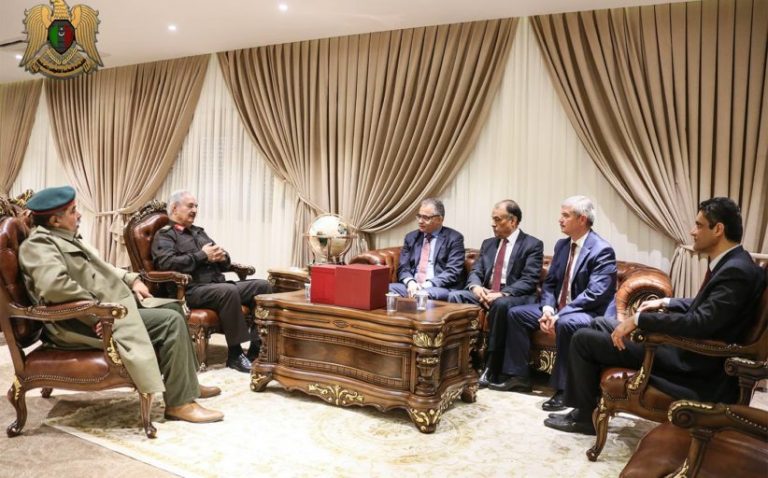 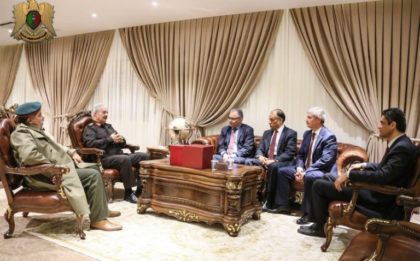 Tension has flared up between the Tunisian Presidency and Machrou Tounes party after a delegation of the party led by leader Mohsen Marzouk met with Libya’s military veteran Khalifa Haftar in what turned out to be parallel diplomacy according to the presidency.

Marzouk, a former strong ally of the Tunisian President, met Wednesday with the Libyan Field Marshall Haftar in Benghazi to discuss regional issues and the fight against terrorism.

The Tunisian Presidency, according to the party, was informed of the meeting.

The party’s claim was debunked by the Presidential office, which indicated in a statement that it was not informed of the meeting, insisting that only the foreign ministry was allowed to chart out the country’s diplomatic policy.

The meeting between Marzouk and Haftar took place at the time Tunis is trying to bring Libyan warring factions to an agreement. Foreign Minister Khemaïes Jhinaoui hosted Algerian minister in charge of Maghreb affairs and Egyptian foreign minister to discuss a way forward in the Libyan political crisis.

Marzouk’s party vehemently lambasted the presidency’s statement. For the party’s spokesperson, Hssouna Nasfi, the statement is “ridiculous”. Nasfi maintained that President Caid Essebsi was informed on telephone of the meeting with Haftar.

“Some representatives of the party on many occasions travelled to some foreign countries, their trips never pose any problems,” Nasfi said.

“The common point between Machrou Tounes movement and Marshall Khalifa Haftar is the war against terrorism,” he added.

Libyan rival factions have been heading to Tunis. Haftar is also expected to join.

The meeting between the movement and the Libyan military warlord took place weeks after a meeting between Algerian President Abdelaziz Bouteflika and Rached Ghannouchi, leader of the Tunisian Islamist party Ennahdha, over the Libyan crisis.

Ghannounchi has been attempting to mediate between warring Libyans (Gaddafi loyalists and Islamists).