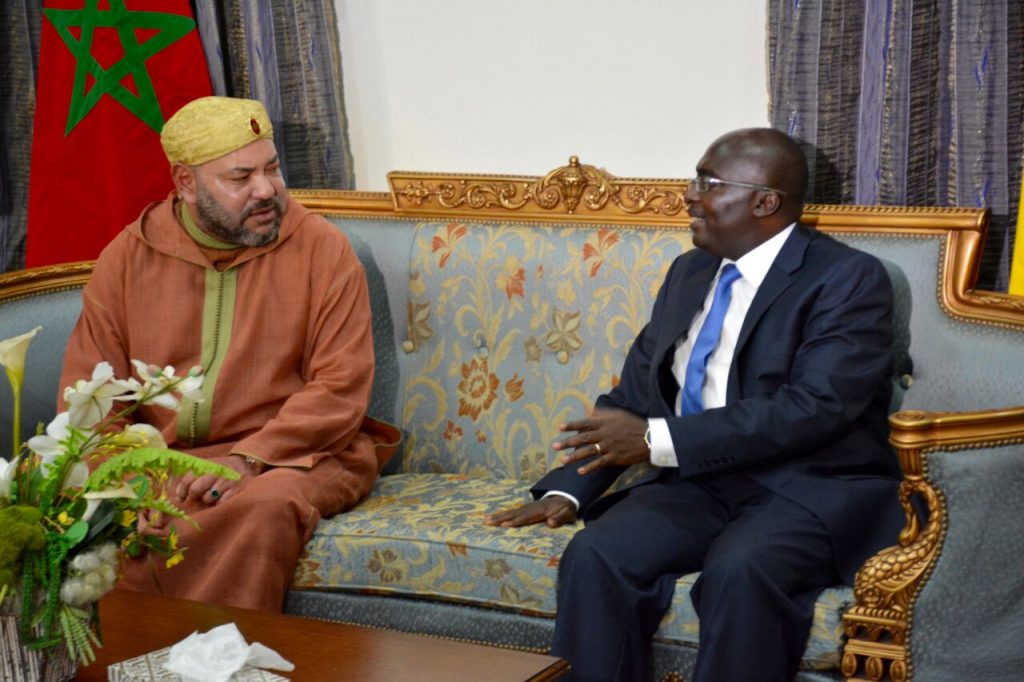 King’s visit to Ghana, an Opportunity to Foster Ties with Key ECOWAS Member 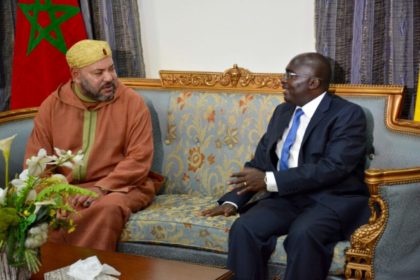 In keeping with a dynamic African foreign policy championing south-south cooperation, solidarity and co-development, King Mohammed VI is paying an official visit to Ghana as part of a new African tour that aims at adding momentum to Morocco’s commitment towards the continent’s development.

The President, Government and people of Ghana rolled out a red carpet to welcome the Moroccan ruler who arrived in Accra on Thursday.

Ghana, the second African country the King visits after Morocco regained its natural place within the African Union, is an active member of the West African community (ECOWAS) whose development efforts and economic growth stand as an example to follow in the region.

Through this visit, King Mohammed VI, who is leading a delegation of close advisors, ministers and businessmen, is giving substance and credibility to Morocco’s African policy, which the Monarch highlighted in his speech before the heads of state of the AU on January 31 as “the commitment to the development and prosperity of African citizens.”

In seeking to promote partnerships with Ghana, a country that formerly aligned with the Algerian-sponsored separatist thesis in the Moroccan Sahara, the King is fulfilling his promises to extend Morocco’s helping hand to all countries in the continent as he pledged in his speech to “help bring about unity and progress” to Africa.

As was the case with previous African tours prior to joining the African Union, Morocco opted for the share and transfer of know-how and contributed to efforts to build a safe and solidarity-based future for the continent.

The visit to Ghana will thus serve to open a new chapter in relations between the two countries.

Political ties between the two countries have been following the rising trend of their bilateral trade exchange. Between 2006 and 2010, trade between Morocco and Ghana grew by an average 33% to stand at $76 billion of which Morocco exported $70 million.