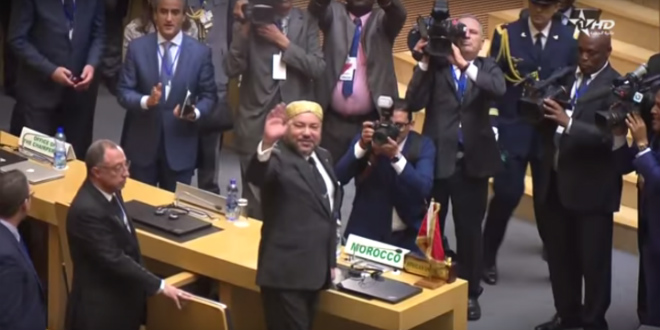 Morocco’s Return to AU, Result of King’s ‘Tireless Efforts’ to Foster Ties with Africa- The Hill 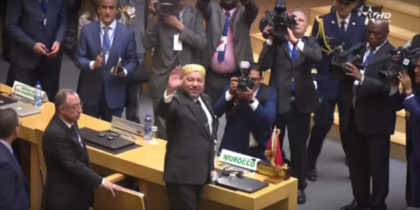 The US paper, the Hill, published an article highlighting the steady efforts led by King Mohammed VI to foster ties with African countries and promote joint action in the continent, a Royal vision that earned Morocco a triumphal return to the African Union.

“Since ascending the throne in 1999, the monarch has prioritized Africa in his foreign policy, making 46 visits to 25 African countries and presiding over the signing of nearly a thousand bilateral and multilateral agreements in various areas—political, economic, educational, and so on; doubling the number signed in the period between 1956 and 1999,” Edward M. Gabriel, former U.S. Ambassador to Morocco, wrote in the article entitled, “Morocco and Africa Bet on Unity.”

The decision to readmit Morocco with an outspoken majority support within the continental bloc suggests that cooperation and unity are on the rise within the continent, the author of the article stated. He quoted Alpha Condé, Chairperson of the pan-African body and President of Guinea saying that with the return of Morocco the “OAU [the Organization for African Unity, which preceded the AU] finds itself again.”

The former Ambassador noted that the comeback of Morocco to the AU has been preceded by steady efforts and clear vision by King Mohammed VI. In this respect, he recalled that “Morocco is the second largest African investor in the continent. One in two African loans is processed by a Moroccan bank. Meanwhile, thousands of Africans from across the continent study at Moroccan universities on scholarship every year.”

Morocco’s return to the AU is thus a “natural outcome of King Mohammed VI’s tireless commitment to enhancing Morocco’s strong ties in Africa.”

He noted that the Moroccan Monarch has been an ardent advocate of unity “because he knows the challenges faced by Africa (and the rest of the world).”

“Morocco’s keenness to diversify its partnerships is only matched by its strong commitment to address current international issues,” said Gabriel quoting a Royal speech.

Gabriel concluded his article saying, “As Morocco claims its place as a major player in Africa, I hope that Western powers grappling with the same issues can recognize the deeper significance of this latest development:  that with cooperation and unity comes strength.”