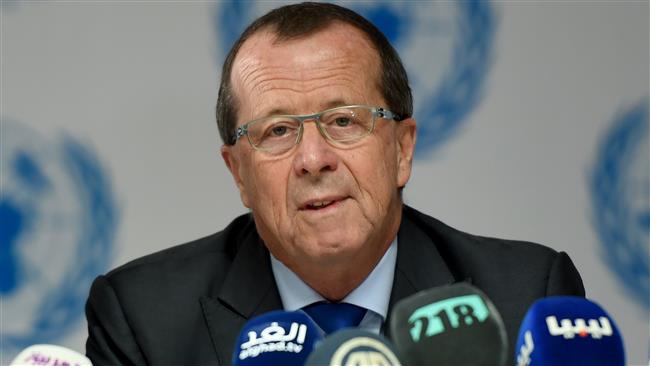 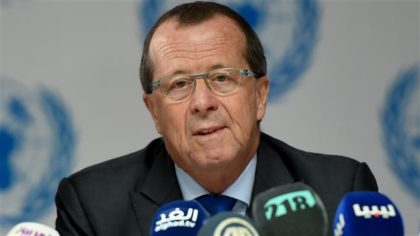 Head of the UN Special Mission in Libya (UNSMIL) Martin Kobler Wednesday indicated that consensus to readapt the Libyan Political Agreement (LPA) and to modify the Presidential Council (PC) in order to fit Khalifa Haftar is being reached.

The political crisis has reached a deadlock with the UN-backed Faiez Serraj-led PC and Government of National Accord (GNA) unable to control of the country. The PC installed in Tripoli in March has become unpopular.

Field Marshal Khalifa Haftar aligned with rival government based in the East has shunned Serraj and refused to abide by the LPA, which put Libya’s military command under the PC.

Haftar has dealt several setbacks to the UN-backed PC.

Addressing the UN Security Council, Kobler noted that talks on changes to Libya’s unity government could yield results in the coming weeks, putting the North African country on a path to stability.

In an interview with Reuters, the German diplomat argued that Haftar’s future is the talk of town in new negotiations.

“The single most important topic is the construction of a Libyan united army with a clear chain of command, where general Haftar must have a role,” he said.

The leader of the Libyan National Army (LNA) in a recent interview with French Journal du Dimanche (JDD) claimed that his army controls most of the Libyan territory. He became figurehead in Libyan crisis after securing major supports, mainly from Moscow, which made him their top Libyan interlocutor.

Moscow has chided Kobler for ignoring Haftar who is, according to Russian authorities, a major stakeholder.

Kobler seemed to have heeded the Russian call after a visit to Moscow early this week.

“I just came now from Moscow … the Russians have a close relation(ship) to Haftar, so there is no lack of communication,” he said.

Libya slid into chaos following the fall of Muammar Gaddafi in 2011 as a result of a NATO-backed revolution.