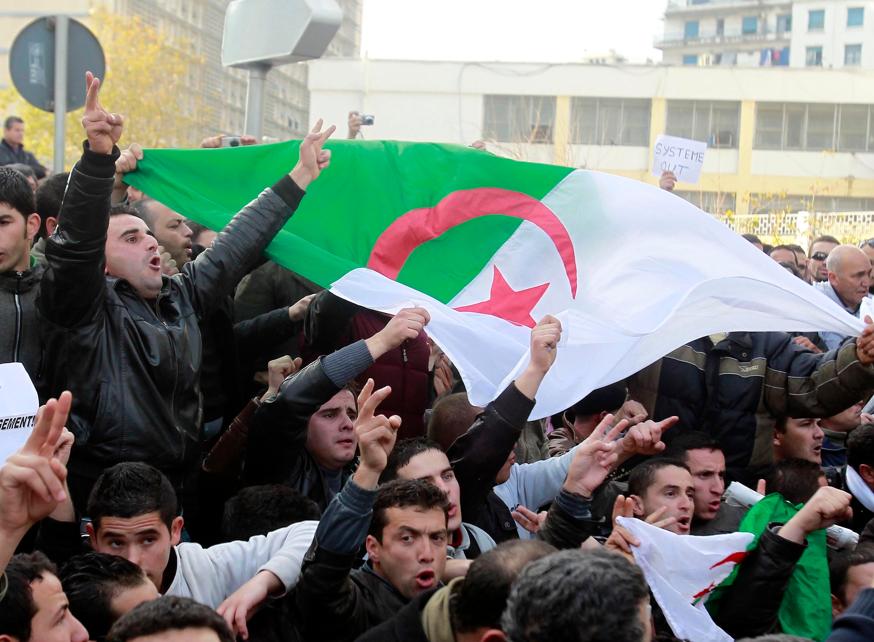 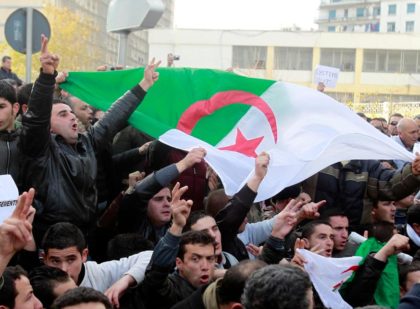 Algeria is a tinderbox waiting to implode in light of the existence of a dangerous mix of economic instability, radical Islamism and growing youth unrest, which make the north African country on the brink of a new revolt, US magazine, the National Review, wrote on its website.

In an article entitled, “Will the Next Arab Revolt Be in Algeria?,” Benjamin Weinthal from the Foundation for Defense of Democracies, deems that six years after the tumult triggered by the Arab Spring in the region, Algeria could face social unrest on the backdrop of the existence of latent Jihadism, ineffective economic policies and rising youth unemployment coupled with subsidies cut.

The author of the article warned of the fallout of a failed Algerian state as the simmering instability in the country could lead to a regime change.

The country since January is battered by a series of social unrest hitting the north eastern and southern regions on the backdrop of tax hikes and public spending cut.

Power struggle and regime opacity are other factors that bode ill for Algeria’s prospects. “Together with the struggling Algerian economy, the fight to succeed Bouteflika may very well produce a series of increasingly public con­vul­sions within Algeria’s formidable security and intelligence establishments, who are the country’s real rulers,” said Weinthal.

As oil price continues to linger on $50 per barrel, Algeria’s mantra is poised to take a long term hard blow, he warned. “To make matters worse, Algeria continues to squander significant resources on the so-called “Bouteflika mosque.” The $1.4 billion price tag on the mosque, with a capacity for 250,000 worshippers and the world’s tallest minaret, has diverted funds away from health care and social services.”

Although it boasts to have efficient counter-terrorism strategy, Algeria has yet to resolve the existence of latent extremist groups in its north east and south.

“The dangers of Algerian jihadism are alive and kicking Mokhtar Belmokhtar — dubbed the “one-eyed sheikh” after his injury in a botched explosion — is believed to still be active in Algeria.”

Demographics is another combustible material in Algeria where unemployed youth has vented its frustration through unrest.