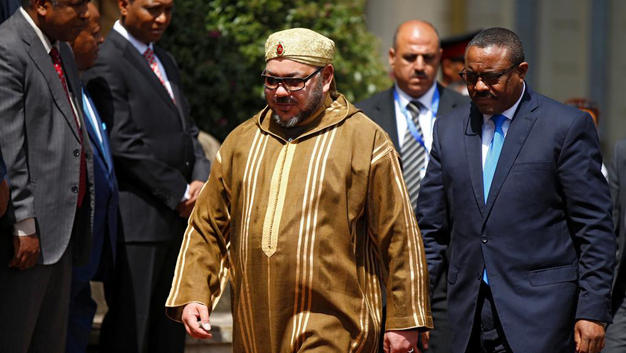 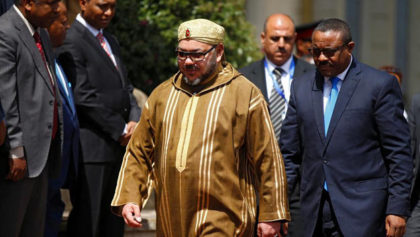 US magazine Newsweek highlighted that Morocco’s readmission to the African Union offers an opportunity to further boost trade with African countries.

The magazine notes that on the economic front Morocco’s return to the AU will enable it to “benefit from intra-African trade regions to the same extent as other countries.”

Membership in the continental bloc will help Morocco compensate for the state of paralysis characterizing economic cooperation in the Maghreb region, added the magazine.

Morocco’s endeavor to foster economic ties with Africa has been evidenced by the signing of “1,000 agreements and treaties with various African countries since 2000,” noted the US publication, adding that King Mohammed VI made 46 visits to 25 countries on the continent in the same period.

The presence of Moroccan financial institutions and firms in several African countries has also been conducive to boosting trade says Newsweek. “Moroccan banks have expanded throughout Africa, with a presence in more than 20 countries, and the country’s state-run airline Royal Air Maroc is one of Africa’s biggest airlines, with Casablanca used as a transit point for many sub-Saharan Africans traveling across the continent.”

The magazine also sheds light on the changing dynamic within the African Union in favor of Morocco’s territorial integrity, saying that when Morocco left the predecessor of the African Union, the Organisation of African Unity, most member countries supported the Algerian-backed RASD entity, but now it is no longer the case.

Quoting Liesl Louw-Vaudran, an analyst at the Institute of Security Studies in South Africa, the magazine says that support for the polisario separatists has waned within the continental organization. Louw Vaudran framed it: “I don’t think there’s anyone who thinks that total independence for Western Sahara is still on the cards.”