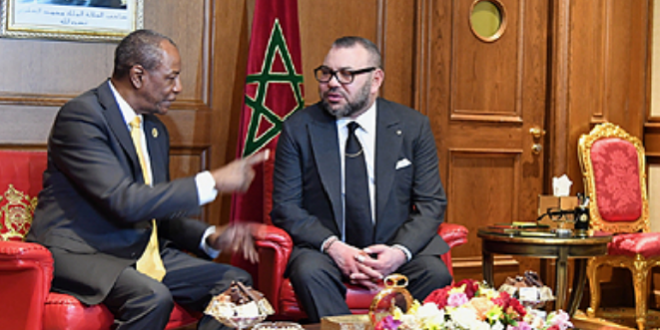 Morocco’s King ‘Spoke with his heart to’ Africa, AU Chair 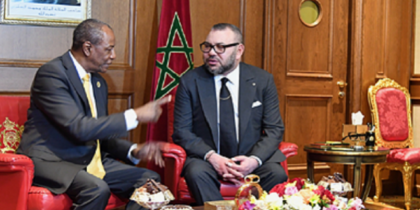 The newly elected Chairman of the African Union, Guinea’s President Alpha Condé welcomed the comeback of Morocco to the African organization and lauded Morocco’s speech, which, he said, “stems from the heart.”

“The King spoke with his heart and will spare no effort to foster the continent’s independence,” said Alpha Condé in an address before the 28th African Union Summit in Addis Abeba, held on January 30-31.

Commenting on Morocco’s readmission to the pan-African organization with landslide support from 39 countries out of 54 member states, Condé said that the “Organization of African Unity found itself again.”

“The capacities and excellence of Morocco” are “assets for the African Union,” stressed President Condé.

In his address, Condé paid a moving tribute to the founding fathers of the African joint action, recalling in this regards the initiative of late King Mohammed V in 1960 who brought together African leaders including Haïlé Sélassié, Kwame Nkrumah, Sékou Touré, and others to form what came to be called the Casablanca group. The Casablanca group will later give birth to the Organization of African Unity, the predecessor of the African Union.

Morocco was readmitted in the African Union on the first day of the AU summit, following the broad consensus among an overwhelming majority of member states on the North African country’s application to join the continental organization. Morocco has thus won the support of 39 member states out of 54, a figure that exceeds by far the minimum 28 number needed to secure membership within the AU.

Morocco withdrew from the Organization of African Unity, in 1984, to protest the biased decision to admit the separatist SADR entity as a member state within the Organization in total violation of neutrality in the Sahara conflict.