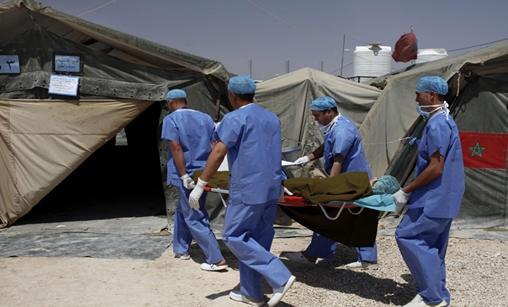 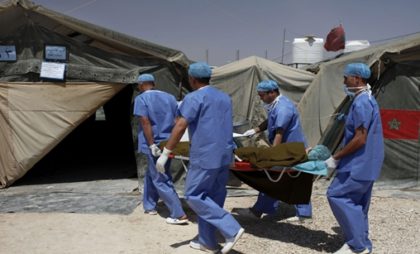 Morocco will set up a multi-disciplinary field hospital in South Sudan’s capital Juba, upon directives from King Mohammed VI who will visit the country soon, Morocco’s foreign ministry said in a statement.

This humanitarian gesture is reflective of the King’s care to bring a helping hand to the South Sudanese people, the statement added.

In this respect, the same source noted that the field hospital along with the upcoming visit by the Moroccan Monarch to South Sudan were discussed in a meeting between Morocco’s Ambassador to Juba and  the South Sudanese Foreign minister Deng Alor.

This field hospital to start working as of Monday has a capacity of 30 beds that can be extended to 60. The 20 specialist doctors, assisted by 18 nurses, will provide medical services in pediatrics, internal medicine, surgery, cardiology, traumatology, dentistry, ophthalmology and ENT medicine. The hospital will also have a medical laboratory and a pharmacy, the statement added.

In keeping with a reinvigorated and ambitious Africa foreign policy based on south-south cooperation, co-development and solidarity, King Mohammed VI visited in 2016 several African countries including Rwanda, Tanzania, Madagascar, Ethiopia, Nigeria and Senegal to mention but a few.

These tours resulted in win-win partnership taking the form of large scale joint ventures such as the fertilizers factory in Ethiopia and the gas pipeline linking Nigeria to Morocco through west Africa.

These tangible cooperation projects in favor of Africa’s economic and human development highlight why Morocco’s political and diplomatic endeavor to regain its natural place within the African Union is welcome across the continent.

Actually, Morocco will again be announced a fully-fledged member of the pan-African organization during the coming AU summit, as a prelude to repairing an injustice that the predecessor of the African Union, the Organization of African Unity, had made by sidelining with the Algerian-backed separatist front to the detriment of Morocco’s territorial integrity.