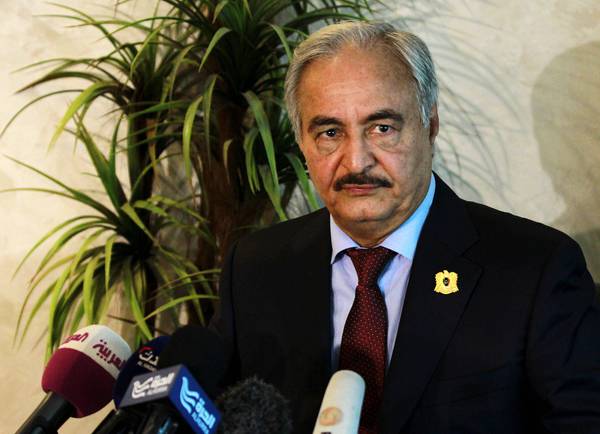 Libya: “Meeting with Kobler, a Waste of Time,” Haftar 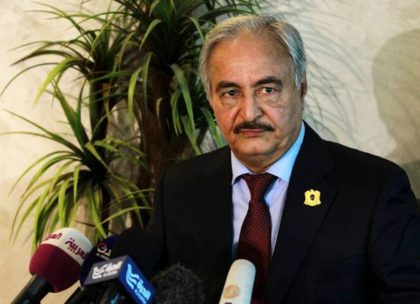 Head of the Libyan National Army aligned with the Eastern Government has reiterated his unwillingness to meet with UNSMIL Chief Martin Kobler arguing that the meeting will be pointless.

Field Marshall Khalifa Haftar has reportedly declined an invitation for a meeting with Martin Kobler, the Head of the UN Support Mission in Libya (UNSMIL).

To the invitation sent to him by the German and UN veteran diplomat, late December, Haftar replied “it is a waste of time”.

Both men met in December 2015, on the eve of the signing of the Libyan Political Agreement (LPA) in Morocco. Following the meeting, Kobler indicated that the Libya General threw his support behind the LPA. However Haftar later on lashed out at the agreement and refused to cooperate with the Government of National Accord (GNA) birthed from the LPA.

The General aligned with east-based rival government and affiliate House of Representatives (HoR) in Tobruk refused to abide by the agreement arguing that members of the GNA were western puppets.

Kobler has sought to accommodate Haftar to no avail. Last month, Moscow urged Kobler to consider involving the 73-year marshal in the settlement of the Libyan political crisis.

Haftar stunned UNSMIL and the GNA in September last year when he took control of the country’s main oil terminals protected by pro-GNA forces.

Haftar accuses the German diplomat, who had condemned the terminals seizure, of meddling into Libyan affairs. For him Kobler seeks to change the leadership of the Libyan National Army through the LPA.