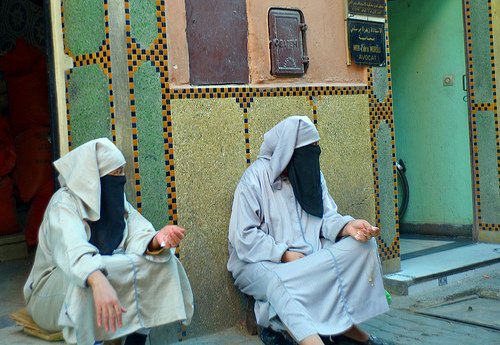 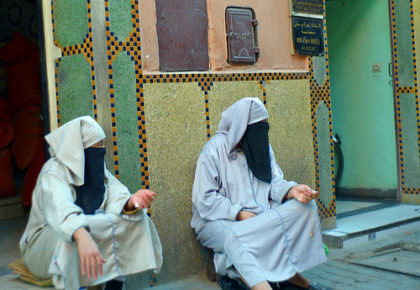 Moroccan authorities have warned tailors and vendors of niqab and burqa to cease manufacturing and selling the full veil garment for security reasons, local media said.

Although the Interior Ministry has not yet commented on the ban, several vendors and tailors of the burqa in different towns and cities received verbal and written warnings to get rid of their stocks within 48 hours, otherwise their shops may be closed and the banned garment confiscated, local media said.

“We have taken measures to completely ban the import, manufacture and marketing of this garment in all cities and towns in the kingdom,” an official at the Ministry of Interior, who requested not to be named, told Le360 website.

The decision triggered a heated debate on social media, which was awash with comments and posts on a picture of a written notice by authorities in Taroudant to close a shop that sells the burqa if the owner does not comply to the ban within 48 hours.

Social Media users in Morocco were divided between proponents of the decision and opponents who see the wearing of the burqa as a personal freedom.

Le360 reports that authorities told shop keepers selling the Burqa that the ban is dictated by security reasons, on grounds that the burqa, as a full veil garment, gives wanted criminals and terrorists full freedom to move anonymously without being recognized.

Several criminals have also used the burqa to perpetrate abhorrent crimes including thefts.

This dress was imported into Morocco from the Middle East in the late 1990s along with extremist ideologies alien to Moroccan society and the colour-loving couture that is inherent to Moroccan costumes.