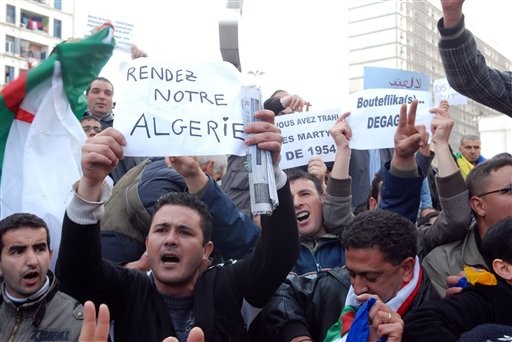 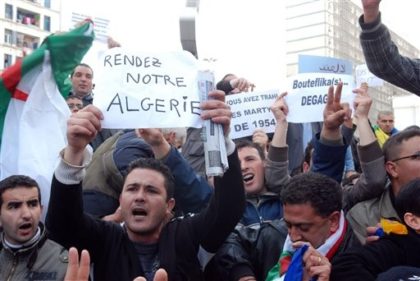 Algerian authorities have no longer the financial resources to buy social peace, hence cracks are appearing in the oil-producing country, says Belgian daily newspaper Le Soir in an analysis on the latest riots rocking Algeria.

“The opacity of the system that governs Algerians since independence in 1962 has further thickened with the illness of their president, Abdelaziz Bouteflika”, says the daily, noting that many Algerians want to know the identity of the shadowy forces running the North African country behind the scenes.

Many Algerians believe that the powerful military institution is pulling all the strings through layers of corrupt bureaucrats, says the French-speaking Belgian newspaper.

Regarding the riots, which are spreading in the country, member of the OPEC cartel, the daily says the demonstrations started in the city of Bejaia, the largest of Kabylie region, before spilling over to other cities.

The demonstrators protest against tax increases affecting purchase power of the low-income Algerian consumers but frustration pushed young protestors to ransack public buildings, stores …leading to the strong intervention of security forces and the arrest of many demonstrators.

According to Le Soir daily, these social unrests come after the fall in oil prices in the country, which depends heavily on crude oil sales and exportation.

The price of crude oil fell from 112 dollars a barrel in 2014 to 45 dollars end of last year. The Algerian regime has, since the Arab Spring of 2011, used to buy social peace thanks to its petrodollars, which enabled the authorities to increase wages, subsidize basic products, construct social housing…