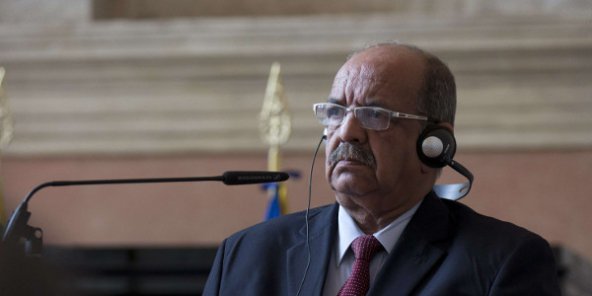 Panic in Algeria over Potential Eviction of Polisario from AU, Jeune Afrique says 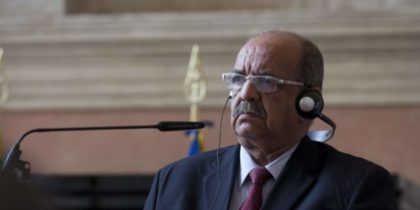 As soon as Morocco expressed and submitted its reintegration request to the African Union, panic spread among the kingmakers in the Algerian regime amid prospects of an upcoming eviction of the Polisario from the pan-African organisation, France-based Algerian journalist Farid Alilat wrote on Jeune Afrique magazine.

Alilat notes that Algerian officials have been so far orchestrating a propaganda campaign through the media claiming that Morocco’s return to the African union will create divisions within the organization.

Moreover, Algerian media and diplomacy has indulged in a vicious circle of terminology manipulation by saying that Morocco is rather seeking an “adhesion” or “integration” of the African union instead of a reintegration or return.

In this respect, the journalist quotes Ramtane Lamamra, Algeria’s foreign minister saying that “Morocco is welcome as a 55th member of the African union on an equal footing in rights and obligations with the other current 54 members.”

The journalist notes, however, that the Algerian political class is not unanimous in showing hostility to Morocco. Lakhdar Brahimi, Algerian United Nations diplomat and former foreign minister, recently called for normalizing ties with Morocco and opening the closed land borders.

The Polisario Front has been warned by one of its continental backers that there are odds that its seat as member of the African Union is at risk as several countries aligned with Morocco are set to vote for the eviction of the separatist front and its self-proclaimed pseudo Sahrawi Republic (SADR) from the Union.

A team led by Legal Affairs Adviser of the outgoing chairperson of the African Commission, Nkosazana Dlamini-Zuma, has travelled to Tindouf camp in Algeria to inform members of the separatist movement of the future loss of their seat within the pan-African organization, Moroccan daily Assabah reported recently.

At the latest African Union summit, 28 states expressed full support for Morocco’s reintegration of the African institutional family and called for suspending the membership of the Algerian-backed polisario separatist entity. The number of backers of Morocco’s return to the AU has since then increased to about 40.