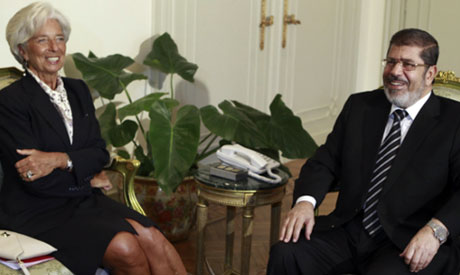 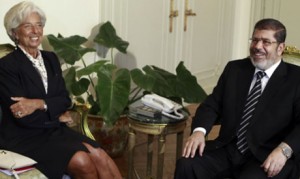 Egypt’s economy might be heading for the worst as the board of the International Monetary Fund (IMF) meets in a few weeks to consider almost a $5 billion financing agreement amidst political crisis in the country.
The board will be requiring that there is no major change in economic outlook or policy when it makes its decisions according to IMF’s spokeswoman, Amr Wafa, and the Egyptian stock market has been going through undesirable experiences after president Mursi’s decree which gave him extra powers and his decisions above judicial review. The IMF will also be taking into consideration the government’s capability of successfully implementing its economic reform program when it holds its meeting on the 19th of December.
Amr added that the IMF will also be looking for assurances from other donors such as the United States, the EU and international financing institutions to know if their share of financing will also be forthcoming. It is as yet unclear how the President’s decisions and backlash against them will affect external financing agreements between the Egyptian government and these partners.
The IMF has been advocating for a broad based domestic and international support for Egypt’s economic program as a preliminary condition to an agreement due to the latter’s importance for a successful implementation of the planned policies and the government has already begun implementing the first phase of fiscal reforms described as the ‘main pillars’ by IMF.
The Minister of Planning Ashraf El Arabi believes recent activities won’t influence IMF’s decision as he expects the first tranche of the loan to be disbursed shortly after the board’s ratification. Egypt’s media claim an IMF source said the crisis could delay the loan and economists fear that it presents a major risk to the IMF deal.