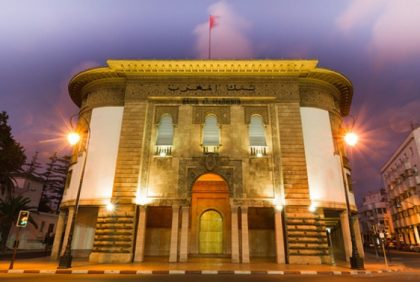 The positive growth rate was put forward on the backdgrop of a promising crop year following abundant rainfall, the Bank said.

The bank has kept its benchmark interest rate unchanged at 2.25 percent as it expects inflation to remain around 1.6 percent in 2016 and fall to 1 percent in 2017.

Based on an average global oil price of $43.1 a barrel, the current account deficit should reach 2.8 percent of gross domestic product in 2016, slightly higher than expected, and 2.1 percent in 2017.

The Bank added that trade deficit deepened by 18 percent to 166.03 billion dirhams (16.43 billion dollars) in the first 11 months of 2016, reflecting a significant rise in imports.

The budget deficit would narrow to 3.5 percent of GDP in 2016 if the government maintained its current fiscal policy, and fall to 3.1 percent in 2017, as planned in the 2017 draft budget.