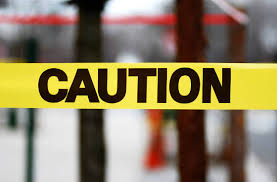 The Department of State continues to warn U.S. citizens against travel to Algeria due to a high threat of terrorist attacks and kidnappings in this country.

In its latest updated travel warning, the US Department says terrorist groups remain active in Algeria where extremists have carried out attacks (often using bombs, ambushes, or false roadblocks) in the mountainous Kabylie region and the southern and eastern border regions, including mountains area and zones near the Tunisian border.

Although most attacks are directed towards Algerian military or police, in September 2014, an ISIL-affiliated group abducted and beheaded a French citizen in the Kabylie region.

In January 2013, an Al-Qaeda-linked organization attacked a gas production facility near In Amenas, near Algeria’s border with Libya, holding foreign and Algerian workers hostage, with dozens killed, including three U.S. citizens.

The travel warning issued by the State Department has irked Algerian authorities. The Algerian Foreign Ministry criticized the warnings claiming that security in Algeria has been restored thanks to the policy of national reconciliation introduced by President Abdelaziz Bouteflika.

Yet, analysts know that the country is on the brink of implosion as the political crisis deepens while growing social woes raise regional and international concern over the future and stability of Algeria.

Furthermore, the national reconciliation policy appears fragile as it failed to address the roots of the country’s violence, a failure exacerbated by the government’s incapacity to solve the issues of unemployment, poverty, housing shortages, corruption and terror threats.

Thus, resentment is growing against central authorities, which have managed this burgeoning discontent with a stick-and-carrot policy that has kept a tenuous peace but not addressed underlying issues.

Facing the most serious economic challenges in decades due to falling oil production and low international prices, Algeria is less and less able to substitute spending for inclusive politics and good governance.

Its strategy that helped secure peace in the 2000s – when it was still recovering from a conflict between the state and Islamist insurgents that claimed over 200,000 lives and pursuing national reconciliation – is no longer viable.

In addition, the country operates in a highly unstable region while its own stability hinges on a smooth power transition which many experts doubt, foreseeing trouble coming.