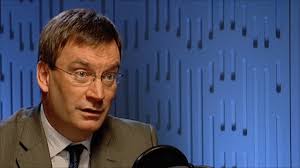 Risks, a specialist risk consultancy, published its annual study on trends in global risk and security, The Risk Map, which ranks Morocco as one of the most secure and politically stable countries for business in Africa and the first in the Maghreb region.

The map, which highlights different levels of political and security risk, presented Morocco as a low risk country while Tunisia and Mauritania were considered as presenting a medium risk politically. Algeria and Libya’s political risk was considered as high by the global consultancy.

The security risk was presented as high in Libya, low in Tunisia and medium in Algeria by the Risk Map, which serves as a guide to political and business risk and an important reference for policy makers and business leaders.

The RiskMap deems that the key risks for businesses in 2017 lie in populism exemplified by president-elect Trump and Brexit, persistent terrorist threats, increasing complexity of cyber security, intensifying geopolitical pressures driven by nationalism, global power vacuums and proxy conflicts and the militarization of strategic confrontations by accident or miscalculation.

“The unexpected US election and Brexit referendum results that caught the world by surprise have tipped the balance to make 2017 one of the most difficult years for business’ strategic decision making since the end of the Cold War,” Richard Fenning, CEO, Control Risks, said.