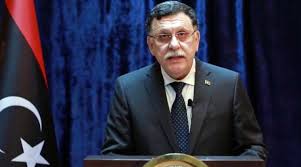 Prime Minister-designate of the UN-backed Libyan Government of National Accord (GNA) Fayez al-Serraj has officially announced “the end of military operations” against the Islamic State in the coastal town of Sirte; eight months after the offensive was launched with aerial support from Western countries.

He was quick to add that the “the liberation of the town” signifies that “the battle for Sirte is over but the war against terrorism in Libya is not finished.”

Among the most influential armed groups in the country that are not under the command of the GNA are the Libya National Army, the Benghazi Brigade and the Zintan militia. He stressed that “Libyans’ will is unconquerable.”

The Prime Minister-designate’s televised announcement took place two weeks after pro-government forces fighting against IS stated that they have taken over the town and are combing the area for explosives left behind by the extremist militants.

the Libyan stronghold of the Islamic State group (IS).

head of the UN Support Mission in Libya (UNSMIL), Martin Kobler, on his part urged Libyans to seize this opportunity to promote national reconciliation.

Speaking at a news conference in Tunis, Kobler called for “the integration and rehabilitation of fighters” and the collection of arms “to give way to a professional security apparatus under a unified command.”

Meanwhile, Algeria is spearheading efforts to revive a political solution to the Libyan crisis. A Libya-Libya dialogue would aim at ending the political stalemate between the GNA in Tripoli and the Tobruk-based House of Representatives (HoR) within the framework of the Libyan Political Agreement reached in Morocco in 2015 under the auspices of the United Nations. It also aspires to boost national reconciliation.

President Saleh Ageela of the HoR and Field Marshall Khalifa Haftar of the Libya National Army have met with Algerian government officials separately and a delegation of African leaders would be visiting Libya shortly to promote a peace plan.