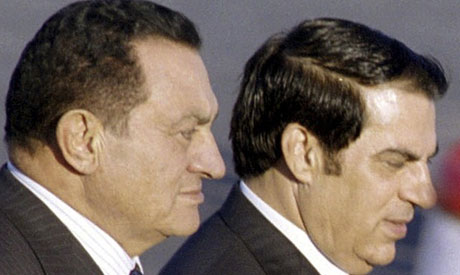 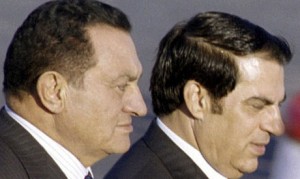 Egypt and Tunisia will shortly recover the assets that were frozen under sanctions decreed by the European Union against their former presidents Hosni Mubarak and Zine El Abidine Ben Ali, who were both toppled in Arab Spring uprisings.
The Council of the European Union announced Monday that the EU took steps to facilitate the return of misappropriated funds to the Egyptian and Tunisian authorities, but did not disclose the amount of these assets.
The council said in a press release that it adopted a new legislative framework authorizing the courts in each of the EU 27 member states to release the Egyptian and Tunisian frozen assets.
“Once the necessary judicial steps have been taken, this should enable the release and return to the Egyptian and Tunisian authorities of funds frozen under EU sanctions against the former Mubarak and Ben Ali regimes,” the release said, adding that the amended legislation will facilitate the exchange of information between EU member states and the relevant authorities in Tunisia and Egypt so as to assist in the recovery of misappropriated funds.
“The EU will spare no effort to help return this money to the people of these two countries,” said the EU High Representative for Foreign Affairs and Security Policy Catherine Ashton.
President Ben Ali was among 48 persons whose funds and assets had been frozen by the EU since January 2011, for misappropriation of Tunisian state funds. The EU had decreed, since March 2011, the same sanction against President Mubarak and 18 other Egyptians for stealing Egyptian state funds.
Last October, Switzerland announced that it was cooperating with judicial authorities in Tunisia and Egypt to speed restitution of the funds it had frozen after the uprising in the two North African countries.
However, according to a senior official from the Swiss Foreign Ministry, it will take years before the assets are released, as a new legislation, requiring consultations with lawmakers, cantonal authorities, and the Swiss Bankers Association, needs to be enacted to allow the unfreeze and repatriation of the frozen funds.
Switzerland had announced the freezing of $1.07 billion worth of assets stolen by the Tunisian, Egyptian, Libyan and Syrian dictators and their inner circles.
Other countries, including the United States, have also frozen funds and assets embezzled by the former dictators and their entourage.