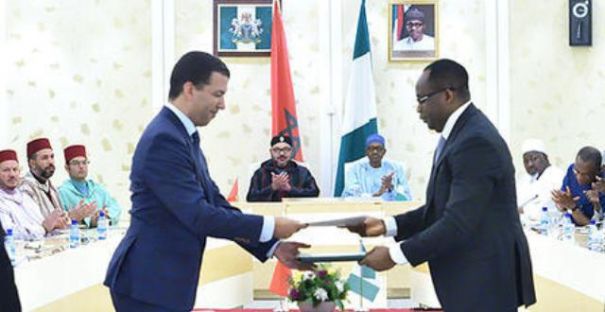 Tangier-Lagos Highway, a Linchpin for Economic Integration in West Africa 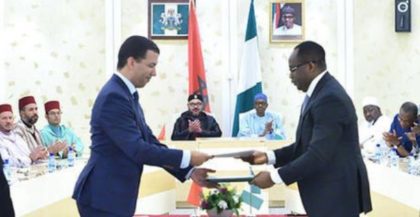 After signing a landmark deal to build a pipeline connecting Nigeria’s gas wells to Morocco, King Mohammed VI and Nigeria’s President Muhammadu Buhari stressed the need to accelerate works to build a continental highway between Tangier and Lagos as part of efforts to boost economic integration and cooperation in Africa.

In a joint statement issued following a watershed visit by King Mohammed VI to Abuja, Morocco and Nigeria reflect strong willingness to act as drivers of regional economic integration through genuine south-south partnerships.

The statement echoes the commitment of the two countries to turn a new page in their bilateral ties underpinned by tangible south-south cooperation. In this respect, a key agreement to build a fertilizers factory by Morocco’s state-owned phosphates company, OCP, was signed. The project will help Nigeria forge ahead with its agricultural development plan.

The visit was also an occasion to discuss a set of regional issues, on top of which the threats to security and stability in the region. On this issue, President Buhari commended the vision for peace, security and stability spearheaded by King Mohammed VI as well as the efforts led by the kingdom to champion the genuine values of Islam, notably through training imams, including those coming from Nigeria.

For his part, King Mohammed VI hailed the regional leadership of Nigeria and the breakthrough Abuja has made in countering Boko Haram terrorists in Nigeria and the region of Lake Chad. In this vein, Morocco expressed unwavering commitment to support Nigeria in its battle against terrorist groups.

On Morocco’s endeavour to retrieve its place in Africa’s institutional family, President Buhari welcomed the Kingdom’s return to the African Union and expressed support for the initiative to create a north-western African forum to promote social and economic development projects in the region.

King Mohammed VI’s official visit to Nigeria, the first ever by a Moroccan sovereign, was part of an African tour that previously led him to Rwanda, Tanzania, Ethiopia and Madagascar.