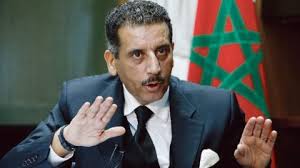 Morocco’s anticipatory counter terrorism strategy and its role in international security cooperation were highlighted, on Thursday in Brussels, at a conference in the European Parliament.

The presentation was made by a senior official from Morocco’s interior ministry in the presence of members of the European parliament and diplomats who followed some of the landmarks of the Kingdom’s security strategy which is underpinned by a comprehensive approach.
In this respect, it was stressed that coercion alone is not enough to tackle the root causes of terrorism, Morocco’s news agency (MAP) reported.

The serious threat of terrorism requires a multidimensional approach that combines legal considerations and the reform of the religious sphere as well as social and economic incentives.

In this respect, Morocco undertook a reform of its penal code in line with international law and human rights as they are universally recognized. Several measures were taken to criminalize justifications of terrorism and to fight money laundering. The creation of the Central Bureau of Judicial Investigations (BCIJ), known as Morocco’s FBI, came to reinforce the legal and security anti-terrorism efforts.

At the religious level, Morocco launched an ambitious project to upgrade the religious sphere in order to safeguard the Moroccan society from extremism and radicalism. In this regards, Imams have been trained to champion the lofty values of Islam, those of tolerance and coexistence.

Social and economic initiatives were also taken to promote the social integration of the poor who are usually the best target for recruitment by radicals. The participants at the conference cast light on the National Initiative for Human Development (INDH) which was launched by King Mohammed VI in 2005.

Speaking on this occasion, EU Counter-terrorism Coordinator, Giles de kerchove commended Morocco’s experience in the fight against terrorism and its commitment alongside its European partners to counter this global calamity.
For his part, Ahmed Reda Chami, Morocco’s Ambassador to the EU, said that the EU is interested in further strengthening ties with Morocco in countering terrorism.