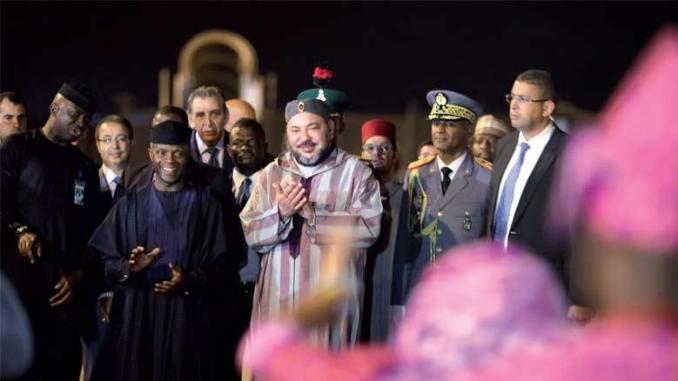 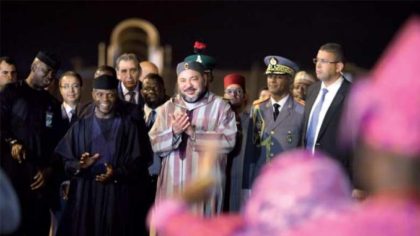 Few hours before the arrival of King Mohammed in Abuja, a video has been circulating on the internet showing the hoisting of the Moroccan flag in Abuja in the place of that of the Algerian-backed separatist entity, RASD. This is reflective of a new milestone in Moroccan-Nigerian relations.

As Nigeria is welcoming King Mohammed VI, who is on an African tour, Rabat and Lagos are on track to usher a new diplomatic era marked by economic cooperation and political consultation.

The visit by King Mohammed VI to Lagos, the economic capital of Nigeria, signals a change in Nigeria’s position in favor of supporting Morocco’s territorial integrity. The rapprochement between the two countries started with the election of Mohamadu Buhari who remembers the principled position of King Mohammed VI in refusing to answer a phone call by Buhari’s rival Goodluck Ebel Jonathan who attempted during the presidential election campaign to use the influence of the Moroccan Monarch to attract Muslim Nigerian votes.

Since Buhari took office, senior officials from the two countries exchanged visits focusing on boosting economic ties. In this respect, a forum bringing together Moroccan and Nigerian businessmen was held on November 30 with the aim of seeking joint-venture opportunities.

Nigeria has lots of potential to offer to Moroccan companies that are well established in Africa, notably insurance and banks. With its 186 million people, Nigeria is Africa’s second economic powerhouse offering Moroccan companies large investment opportunities.

In this respect, Morocco’s state-run phosphates company, OCP, intends to create a plant in the most populous African country called OCP Africa Fertilizers Nigeria. The plant will help Nigeria diversify its economy to reduce dependence on oil by developing the agricultural sector.
Nigeria, which faces serious security challenges linked to religious extremism in the north of the country, is also interested in Morocco’s religious model. Numerous Nigerian Imams have been trained in the Kingdom.
In this vein, Nigerian Foreign minister, Goeffrey Onyeama, told the media that beyond economic relations, bilateral cooperation will also cover peace and the fight against terrorism and extremism.
The Nigerian official hailed Morocco’s recognized expertise in combating terrorism and in spreading the values of peace and tolerance around the world and said that Morocco is “a reliable partner,” particularly for many sub-Saharan African countries and that all the countries of the region would like to develop closer cooperation with Morocco in this area.

“The fight against terrorism, violent extremism and radicalism requires close cooperation between all countries,” he said.
The King’s visit to Nigeria will undoubtedly add momentum to Morocco’s African foreign policy and bring closer a main player on the African scene on the Moroccan side.
As was the case with previous visits, the Royal visit will be an opportunity to sign different cooperation agreements in various spheres.