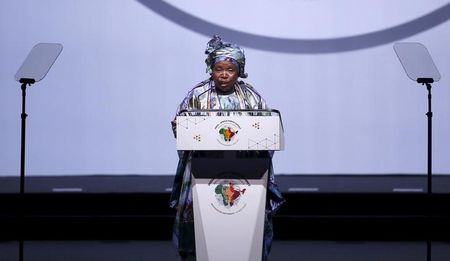 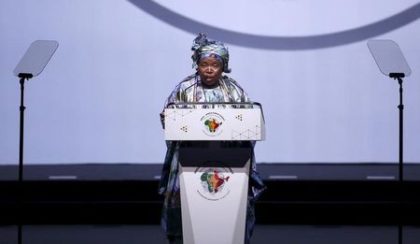 It seems that plotting against Morocco’s interest and its territorial integrity is the only task the Chairperson of the African Union Commission has excelled at during her tenure in which she accumulated a series of failures on Africa’s key issues.

After indirectly complaining against Zuma’s anti-Moroccan stands and her bias in supporting the Polisario separatists in connivance with Algeria, Morocco’s foreign ministry issued a statement condemning in the strongest terms the desperate attempts at imposing unprecedented administrative procedures to deny the Kingdom its legitimate right to join Africa’s institutional family.

“After delaying, in an unjustified manner, the circulation of Morocco’s request to join the AU to other members, Mrs Nkosazana Dlamini-Zuma continues her attempts at blocking Morocco’s accession by imposing an unprecedented procedural requirement that has no foundation neither in the founding texts or practices of the organization,” said Morocco’s Foreign Ministry in a strong-worded statement.

Last month, King Mohammed VI held a phone conversation with Chad’s President Idriss Déby Itno. During the conversation the Monarch called on Déby Itno, in his quality as Chairman of the upcoming AU summit, to intercede with Nkosazana Dlamini-Zuma to distribute to all the member states of the pan-African organization Morocco’s AU membership request, which was submitted on September 22.

With this blatant anti-Moroccan attitude, Dlamini-Zuma, an ardent defender of separatism, shows disregard for the AU constitutive act and the organization’s common practices.

Her tenure at the AU was an utter fiasco. French paper, Le Monde, recently published a whole report entitled, how Dlamini Zuma Messed up with the AU, asserting that she willfully led the AU to the abyss due to a lack of vision.

When she took office, Africa was struggling with multiple security, environmental and health challenges. Her input to resolving the political crises that erupted during her term, whether in South Sudan, Burkina Faso, Libya or recently in Burundi, was so insignificant and reflective of a lack of knowledge about Africa, the paper said.

The same thing can be said about her poor handling of the Ebola crisis and the migration crisis. It took her eight months and the tragic death of 2800 persons to organize the first emergency meeting of the AU.

Several African media outlets decry Dlamini’s poor achievement and point that her tenure as the AU Commission Chairperson was used as a means to gain political support in her home country to addressing Africa’s pressing issues.

Morocco withdrew from the predecessor of the AU, the Organization of African Unity in 1984, on grounds of the biased decision of the organization, which violated neutrality in the Sahara conflict by admitting the Algeria-based separatist entity, SADR, as a full-fledged member. Since then Morocco has been conditioning its return to the pan-African body on the withdrawal of the Polisario membership and the respect of the UN-brokered political process to settle the Sahara issue.

Last September, Morocco has officially submitted a request to accede to the African Union (AU) Constitutive Act, and therefore, become a Member of the Union.

Morocco’s return to the African institutional family hinges on a simple majority vote by the member countries, a majority which the Kingdom already seems to have as 28 countries have signed a motion during the last AU summit in Kigali in support of Morocco.