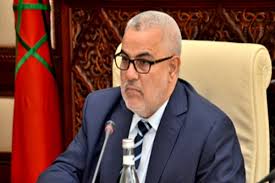 Morocco: Is a Political Crisis Looming as PJD Fails to Form Government?

Almost three months after the legislative elections of October 7, Morocco remains without a government. Secretary General of the Party for Justice and development and outgoing Head of Government, Abdelilah Benkirane, was designated by King Mohammed VI to form a cabinet, as stipulated by the 2011 Constitution.

Benkirane has led consultations with several political parties but has so far failed to record any breakthrough as to the formation of a coalition cabinet, a stalemate that puts the country on the verge of a political crisis.

The consultations have also been overshadowed by a national and international context marked notably by the organization of the UN Climate Summit (November 7-18) and the preparations of a diplomatic and economic offensive in Africa in tandem with Morocco’s effort to reintegrate the African Union, events from which Benkirane has been absent.

The staggering formation of a government was hinted at with a serious tone by King Mohammed VI, in his speech on the occasion of the Green March, when he said that “the future cabinet should not be the result of calculations aimed at fulfilling political parties’ wishes, based on electoral arithmetic, as if there were spoils to be shared out.” “The government should involve an efficient, coherent structuring effort, consonant with programs and priorities,” the King had said.

With 125 seats in Parliament, the PJD finds itself on an uphill battle to form a government in a stratified political landscape in which its arch rival the PAM has won 102 seats.

So far, the PJD has received the approval of the former communist party, PPS and the conservative Istiqlal Party. The three parties still need dozen seats to secure the 198 majority needed for the confidence vote on a coalition government.

Benkirane held consultations with the new head of the RNI party, the Moroccan billionaire Aziz Akhannouch, but that was a different ball game entirely. To the disappointment of Benkirane, the consultations ended in a fiasco after Akhannouch conditioned the participation of his party by the withdrawal of the Istiqlal party and the inclusion of his allies, the Constitutional Party (UC) and the USFP.

For Benkirane, these conditions are “inacceptable”. He went as far as evoking that a “putsch” against democracy is taking place and that some parties are “maneuvering behind his back” to make the formation of the new government a “mission impossible”.

The Moroccan constitution does not specify the measures to be taken in case the party that won most seats fails to form a government. Several scenarios are on the table including the intervention of the Monarchy as a supreme referee between the political parties by either interceding to convince Akhannouch and Benkirane to compromise or by designating a less controversial figure within the PJD to lead consultations.