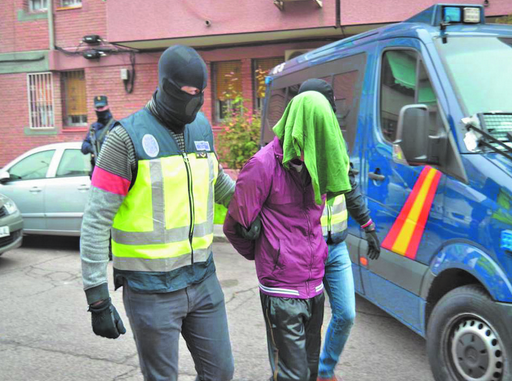 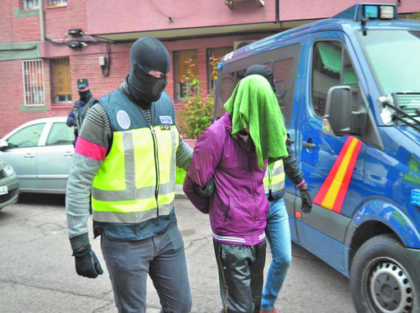 Spanish security forces over the week-end arrested in Madrid and near Barcelona two Moroccans operating as recruiters for the Islamic State group (IS), reports say.
The two men operating in separate cells were nabbed in Madrid and at Roda de Ter near Barcelona on Saturday, the interior ministry announced.
The IS militants according to the ministry were very active on social media where they indulged in propaganda actives of the terrorist group as well as indoctrination of young Muslims who will swell ranks of the terrorist group.
The men, the interior ministry noted had the two key objectives – first is to recruit young Muslims “to form an army of clandestine militants who will be completely immersed in the culture of their host country. The second objective is to promote military victories and achievements of the terrorist group.
The militant arrested near Barcelona according to the Spanish news agency EFE has been living in Spain for seven years. He travels very year to Morocco. He has been described as a good man.
The men’s radicalisation process according to Spanish authorities was quick. They were isolated from society and were only in touch with the outside world through social media. They see themselves as IS martyrs and were eager to take actions at any time and wherever possible, the ministry further noted.
More than 60 terrorists (majority whom Moroccans) have been arrested this year, the ministry pointed out.
163 jihadists have been arrested since 2015. Spain since Madrid attacks 2004 and following Paris and Brussels attacks last year and this year have launched a crusade against terrorists.