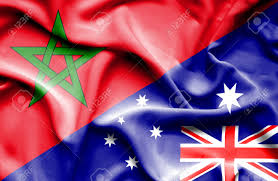 Canberra will soon have an embassy in Rabat in order to strengthen ties with the Kingdom, said Julie Bishop Australia’s Foreign Minister in Marrakech.

Bishop made the announcement during a press briefing following talks with her Moroccan peer Salaheddine Mezouar, on the side lines of COP22.

We hope that the opening of the embassy will usher a new era of Australian-Moroccan cooperation,” she said, adding that her country is looking forward to scaling up economic ties with Morocco notably in the field of renewable energies.

An average number of 30,000 Australians annually visit Marrakech, she said noting that the opening of an Embassy in Morocco will beef up the number of Australian tourists visiting the Kingdom.

The Australian Minister, who congratulated Morocco for COP22 success, deplored that her country will close its embassy in Algiers due to security reasons.

Morocco opened its embassy in Canberra in 2005 in a move to strengthen economic and political ties between the two countries.