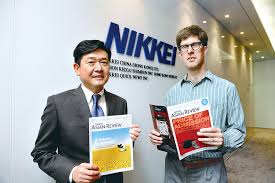 “Morocco is emerging as a vibrant hub for numerous industries, with a raft of global manufacturers operating and building factories in the country on the northern tip of Africa,” said Nikkei.

The article puts under the spotlights several large-scale investments by global leading companies. In this respect, Nikkei sheds light on the investments of Canada’s giant rail and aircraft manufacturer, Bombardier, in Casablanca where it would make railway-related equipment employing 600 workers for the 40,000-sq.-meter complex, which will also house an engineering center.

The paper also highlights large-scale investments by giant aeronautic manufacturers such as Boeing and Airbus.

In the field of car making, Morocco has crossed a milestone with the setting up of Renault factory in Tangier with an annual production capacity of 340,000 vehicles in 2016.

PSA group is following suit with the establishment of a manufacturing operation with a total capacity 90,000 vehicles by 2019.

Morocco’s “well-developed infrastructure and high standard of public safety” coupled with its free trade agreements with the EU and the US could make Morocco an “export juggernaut” says Nikkei.