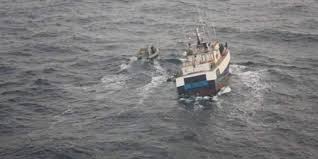 The BCIJ said in a statement that it led an operation in coordination with Morocco’s Royal Gendarmerie to foil the drug trafficking attempt during which a fishing boat was seized and the owner was arrested.

Described as “one of the biggest and most dangerous”, the operation resulted in the seizure of the banned substance which came from a Latin American country.

The scale of the operation is reflective of the security risks posed by drug cartels which attempt at making Morocco a transit point for international drug trafficking.