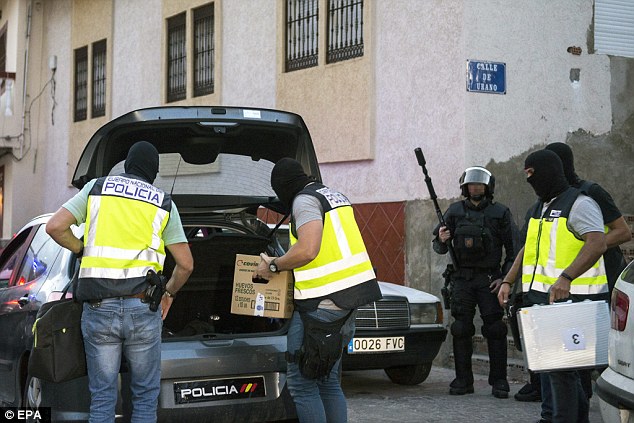 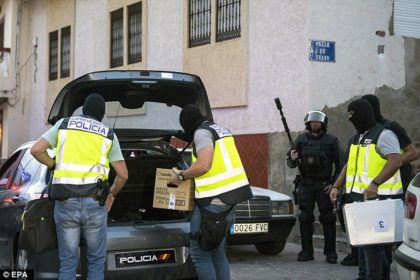 Non-stop hunting of terrorists continues in Spain as security authorities announced Wednesday the arrest of another Moroccan Jihadist, two days after netting two religious leaders accused of promoting the Islamic State group (IS) on the Balearic Island of Ibiza.

A total of 157 terrorists have been arrested since 2015, when the security alert level was raised in the wake of Paris November attacks.

The arrest of the suspect referred to by initials A.B. has been possible after the arrest of another Moroccan, named Salim Aghmir, in December in the city of Pamplona for attempting to join IS in Syria, reports say. Aghmir’s arrest set authorities on A.B.’s tail.

A.B. according to authorities was active in promoting the ideologies of terrorist groups, including IS operating in Syria and Iraq, as well as their propaganda videos.

During his interrogation, the jihadist confessed his support for the Paris attacks, masterminded by the global terror group, and his endorsement for would-be jihadists who join the ranks of the militant group in Syria.

A.B. is the third Moroccan nabbed this week. Earlier this week, two Moroccan Imams aged 31 and 35, both religious leaders at Ibiza, were arrested for promoting IS on social media including facebook.

The men used their preaching to lure young fellows into radicalization and support for the terrorist group.

North Africa Post's news desk is composed of journalists and editors, who are constantly working to provide new and accurate stories to NAP readers.
NEWER POSTPortugal’s Simoldes to Establish 70mln Dollar Plant in Morocco
OLDER POSTTunisia: 40% of Terrorists Have a University Degree