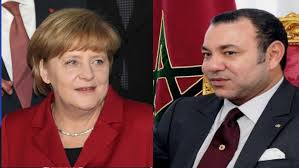 After their talks Wednesday, Hassad announced, at a joint press conference with de Mazière, the imminent signing of a bilateral agreement on all aspects of security cooperation, including money laundering, and the fight against organized crime, drugs trafficking and terrorism, reported the Moroccan official news agency MAP.

Touching on illegal immigration, Hassad renewed Morocco’s commitment to facilitate the return of a maximum of illegal immigrants, particularly those who entered Germany in the context of the migration crisis consecutive to the situation in Syria.

He conceded that the operation is “complex” because the people concerned are often undocumented and claim to be of a particular nationality other than theirs.

A team of experts, accompanying the Moroccan Interior Minister, will work with German peers to address all aspects related to this issue. This is to avoid that “the situation of Moroccan expatriates, legally established in Germany, is not affected by the behavior of some people who claim to be Moroccan,” Hassad said.

Echoing him, the German Minister Thomas de Maizière said “thousands of Moroccans live in Germany legally and are perfectly integrated.”

“Their situation should not be influenced by the behavior of a minority of people living illegally,” he said.

Following the involvement of some Moroccans in the attacks against women perpetrated in Cologne on New Year Eve, Morocco and Germany decided to repatriate Moroccan illegal migrants.