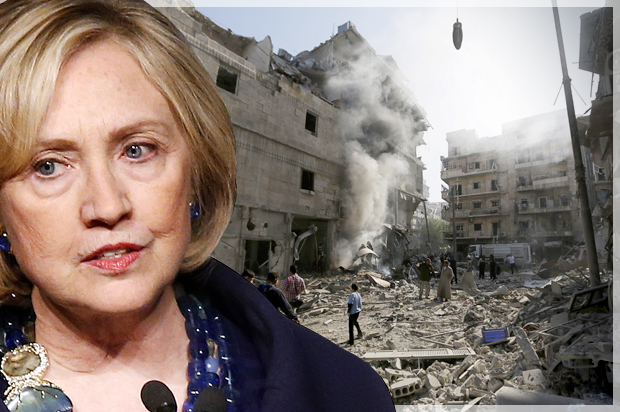 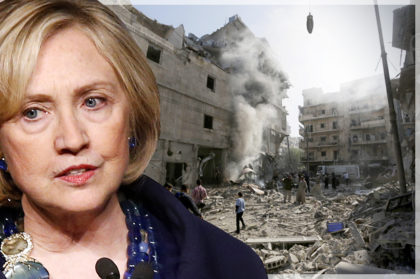 US Presidential hopeful and former Secretary of State has been blamed for chaos in Libya after she opposed, for personal reasons, a peace deal signed by Muammar Gaddafi to organize democratic elections in 2011, Dr Kilari Anand Paul; a US peace activist who oversaw the deal told the media.

In 2011, NATO forces had backed the Libyan revolution to topple Colonel Muammar Gaddafi blamed for decimating his own population.

Dr Kilari Anand Paul, a naturalized American of Indian origin, who oversaw peace efforts in Libya before the revolution told infowars.com that Hillary Clinton nixed the peace deal accepted by Gaddafi to end the political crisis in the country and to organize democratic elections.

Dr Paul, well-known for his peace initiatives, arrived in Libya on August 5, 2011 upon invitation from the Libyan ruler to assist in the peace efforts. After ten days of negotiation, Gaddafi agreed to end the conflict and organize democratic elections set to end his long reign in Libya.

The deal was rejected by Secretary of State Hillary Clinton who wanted the Libyan ruler gone.

According to the peace activist, Clinton wanted to set record straight with Gaddafi for refusing to back her for the run-up to the US 2008 election. Gaddafi chose Barack Obama over Hillary something the US presidential hopeful bitterly swallowed.

“It’s well known in Libya that Gaddafi supported Obama over Clinton in the run up to the ‘08 elections, although the Clinton team approached Gaddafi’s son, Saif al-Gaddafi, and asked the family to invest in Hillary’s campaign and foundation, which they did not,”

Libya has been embroiled in anarchy with several armed factions tearing the country apart for power. Terrorist organizations like the Islamic State (IS) have found fertile land in Libya following Gaddafi’s death. UN-backed unity government has been struggling to impose its authority.

“They wanted him dead”, the report stressed.

North Africa Post's news desk is composed of journalists and editors, who are constantly working to provide new and accurate stories to NAP readers.
NEWER POSTTunisia: “I am ready to step down if my health fails me” President Essebsi
OLDER POSTMorocco Busts All-Female Terrorist Cell