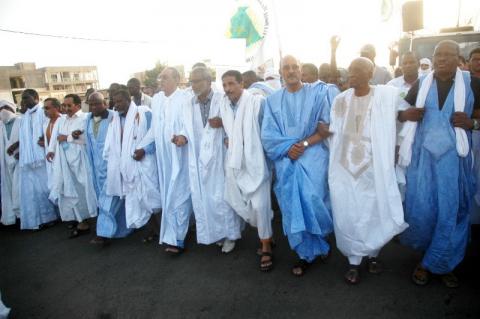 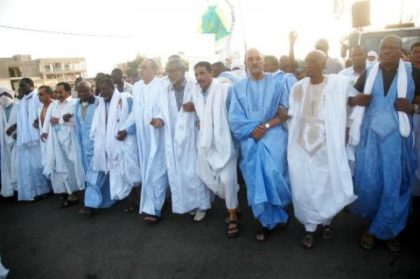 Mauritania’s main opposition parties have boycotted President Ould Abdel Aziz’s call for national inclusive dialogue, which they believe is a covert agenda to maintain the Mauritania President in power after he reaches constitutional term limit.

The 10-day dialogue, opened on Thursday, has lost, according to main opposition figures, its credibility as the political parties opposed to President Ould Abdel Aziz have declined Nouakchott’s invitation.

FNDU, standing for the National Forum for Democracy and Unity and made up of several opposition parties, refused to attend the dialogue.

“We don’t have regrets. The power has a disguised agenda,” said Kadiata Malick Diallo, vice-president of the coalition.

“This is not the time to touch the constitution,” Jemil Mansour, head of the Islamist Tawassoul party, which is boycotting the dialogue, told Reuters.

About 450 participants from the ruling party and its allies, as well as civil society NGOs and Mauritanian associations based abroad are taking part in the dialogue, which had been in a standoff for two years and half.

The dialogue will lead to a national referendum on the replacement of the Senate by regional councils, the creation of a vice-presidency position, lifting the age limit for presidency and more importantly proposal to allow Ould Abdel Aziz, who won two successive elections in a row, to run again in 2019. The opposition has become wary after Justice Minister Brahim Ould Daddah and several colleagues started arguing since last March that the Mauritanian President should be granted a third term in office in order to finish his development program.

Ould Abdel Aziz has repeatedly denied having plans to seek a third term, but during the opening of the dialogue he said that only the people can decide.

“The proposals and recommendations that require constitutional amendments will be submitted to popular plebiscite via a referendum,” he said.