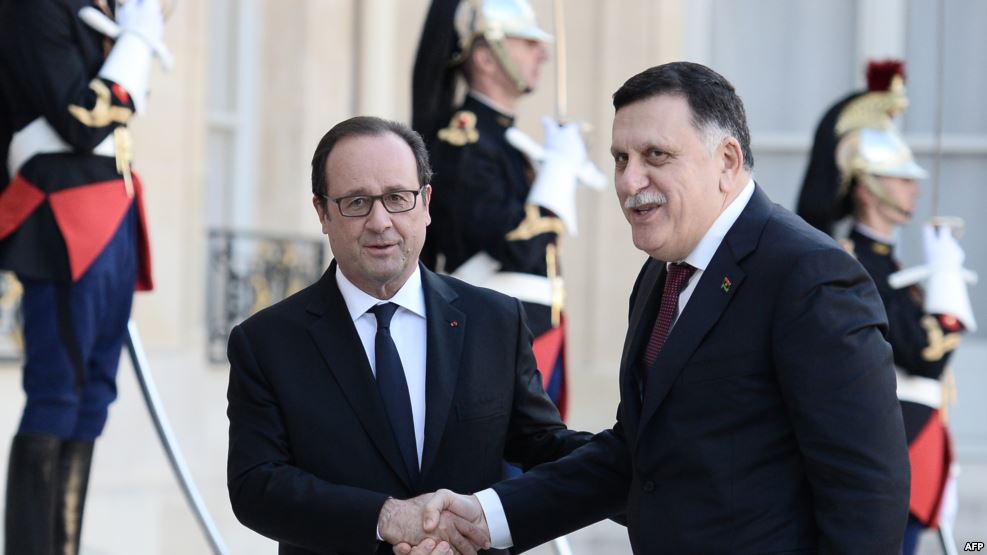 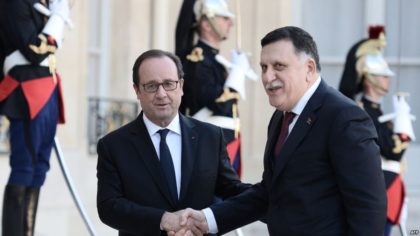 France has offered to host next week Libyan political protagonists for talks in order to bridge drifts between UN-backed Government of National Accord (GNA) and rival forces opposed to its authority.

Egypt, Qatar, the United Arab Emirates and Turkey, seen as important influencers in the Libyan political mayhem, will also be in attendance.

Libya has been facing political and security destabilization since the fall and death of former ruler Mohamed Gaddafi in a NATO-backed revolution in 2011.

The announcement came one day after President Francois Hollande received GNA leader Faiez Serraj on Tuesday. The French leader hailed the Libyan Premier for his efforts to expand the unity government to other members in a reconciliation move. Holland also welcomed GNA forces’ campaign to weed out the Islamic State group from Sirte.

Serraj and his GNA though enjoying international support have been facing fierce domestic opposition coming from the country’s legitimate legislature; the House of Representative based in the East and its allied army led by Marshal Khalifa Haftar.

Haftar and his forces early this month stunned the GNA after they took over the country’s oil crescent. Libya’s economy is solely dependent on oil and the GNA, wrestling with social unrest, needs funds to soften growing popular disenchantment.

Serraj speaking to AFP indicated that he was ready to work with Haftar after numerous diplomatic efforts to end rivalries between them failed.

“We have no other choice but dialogue and reconciliation,” Sarraj said. “No one wants an escalation or a confrontation between Libyans.”

France, like other major world powers has been secretly active in Libya. French troops have been reportedly working with Haftar near Benghazi in the fight against IS militants still holing up in the city.