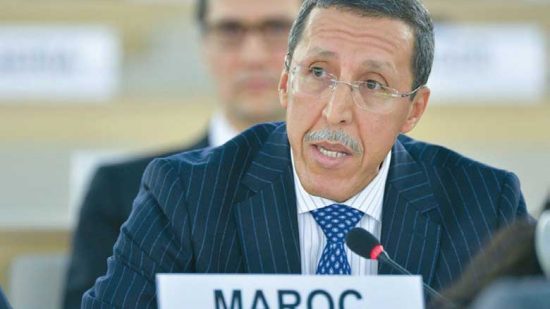 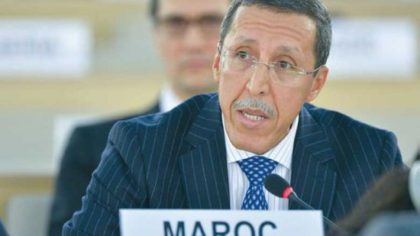 Morocco’s Permanent Representative at the UN headquarters in New York, Ambassador Omar Hilale, reiterated the Kingdom’s commitment to the UN-brokered 1991 cease-fire agreement in response to the Polisario’s recent violation of the agreement in the area of Guerguarat and its provocations by threatening to resume armed hostilities on the backdrop of the security measures taken by Morocco to counter criminal and trafficking networks in the southern provinces beyond the security wall, the berm.

Morocco remains committed to the UN-brokered 1991 cease-fire agreement and has not threatened to use force, the diplomat said in an interview with the Moroccan national news agency, following consultations by the UN Security Council Members on the latest development in the Guergarat border area in the southernmost tip of the Saharan provinces.

The Royal Armed Forces are showing restraint while remaining vigilant and prepared to defend the homeland against any threat, said the Moroccan official, adding that a large number of Security Council members denounced the violation of the Military Agreement No 1 and the calls to resume hostilities on the backdrop of the road construction in Guergarat by Moroccan authorities.

This failure suffered by the opponents of Morocco’s territorial integrity in the Security Council comes after a series of blows dealt to the separatists, notably their setback in the consultations of August 28 and the rejection of an attempt to attend the Non-Aligned Movement next week in Venezuela, Hilale said.

The diplomat recalled that Morocco explained to the Security Council the nature of the anti-smuggling operation in Guergarat and the need for building a 3km-long road in that area to safeguard Morocco’s security.

The road is key to monitoring the area, which was turned by criminal networks into a venue for engaging in all sorts of illegal commercial activities, including the trafficking of arms, drugs and humans, Hilale stressed, noting that the asphalting of that road was undertaken in coordination with the MINURSO and Mauritania.

Morocco’s concerns were also vindicated by the busting last Thursday of an international drug trafficking network comprising 4 Polisario members. The investigations undertaken by the judicial police show the connivance of the polisario with terrorist groups operating in northern Mali as well as the involvement of high ranking Polisario officials in drug trafficking.

As for the Sahara issue, Hilale made it clear that the consultations on the situation in the Guergarat should not be confused with the Political process. He said the political process is about the autonomy initiative that Morocco presented as a lasting solution to the regional dispute over the Sahara.

As for the visit by the UN Security General’s Personal Envoy for the Sahara Christopher Ross, Hilale said that Morocco informed the UN that the current context marked by the upcoming legislative elections is not convenient for such a visit.