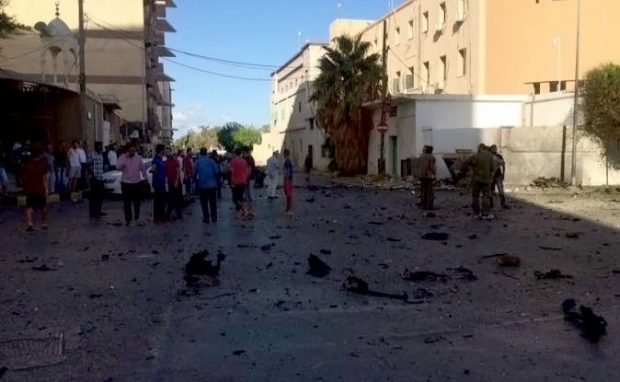 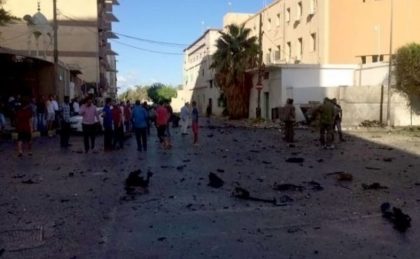 Two car bombs struck Thursday the Libyan capital of Tripoli, near the foreign ministry and the Abu Sitta Naval Base, housing the official office the UN-backed Government of National Accord (GNA.)

The two car bombings made no casualties, security sources report.

No one claimed responsibility for the attacks.

UN-sponsored GNA since entering Tripoli late March has established its main office in the naval base protected by heavily armed militias that have paid allegiance to nominal Prime Minister Faiez Serraj.

Serraj and his cabinet have gradually expanded their authorities in the capital since March after they took over several ministries formerly occupied by rival Libyan Dawn administration which had been opposed to the GNA arrival in Tripoli.

The GNA birthed out of the Libyan Political Agreement (LPA) signed in Morocco in December, has been tasked to re-unify Libya factions and solve the numerous challenges that have gripped the oil-rich country since the demise of former strongman Muammar Gaddafi in 2011.

Enjoying popularity upon arrival in Tripoli, the GNA is now facing growing public discontent due to a number of social issues including shortage of cash, continuous and repeated power cuts, growing humanitarian predicaments.

Speaking to a Swiss media last month, Head of UNSMIL, Martin Kobler, indicated that the GNA is on the verge of falling if nothing is done to meet the social needs.

Another major problem faced by the GNA is the security puzzle in the capital and across the country posed by the Islamic State group.

The unity government are close to a win against the terrorist group in Gaddafi’s hometown of Sirte. The anti-IS campaign launched in May, and supported later on by US air force, is inching towards the end as Misrata forces aligned with the GNA are about to clear the last holdouts of the terrorist group in the city.

Commenting on the US aerial support, Obama’s Secretary of Defense, Ash Carter Wednesday announced he was convinced IS would fall shortly.

The US early last month said it joined the campaign upon Serraj’s request. US military command for Africa known as US-Africa Command has launched more than 100 airstrikes against IS positions in Sirte.