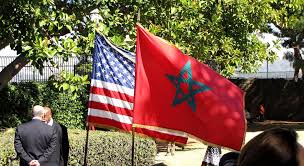 U.S. exports to Morocco have more than tripled in the decade following the entry into force of the Free Trade Agreement between the two countries, Global Trade Magazine says in an Article on August 31.

Citing data released by the International Trade Administration, the Magazine notes that with the entry into force of the Morocco-USA Free Trade Agreement in January 2006, U.S. exports to Morocco rose from 482 million dollars in 2003 to 2.1 billion dollars in 2015, that is a 328% increase.

The state of Texas comes at the forefront of U.S. states exporters to Morocco followed by Louisiana, West Virginia, Washington, and California, the magazine adds.

U.S. exports to Morocco include petroleum, aerospace and automotive parts, and food products.

For its part, Morocco exports to the U.S. primarily fertilizer, electric machinery, and certain agricultural products from the country, making the Kingdom America’s 69th largest trade partner worldwide in 2013, says the Magazine.

It also highlights that “in recent years, Morocco has successfully positioned itself as a gateway for U.S. companies to African and European markets, and through aggressive economic reforms has become a top destination for foreign direct investment in Africa.”

In this regard, the magazine notes that Morocco was listed in the 2016 Bloomberg Innovation Index among the 50 most innovative economies in the world and one of just two such in Africa.

The magazine also echoes other international reports, such as the 2014 Wall Street Journal’s Frontiers/FSG Frontier Markets Sentiment Index which listed Morocco among the top ten frontier markets and the only one in the Maghreb that are most favored by foreign corporations.

The KPMG International and Oxford Economics’ 2015 Change Readiness Index (CRI), for its part, ranked Morocco as the most change-ready country in the Maghreb, with particularly positive results in the category of enterprise capability.

In the same vein, the World Bank’s Doing Business 2016 report ranked Morocco first out of 20 MENA countries in terms of ease of starting a business and placed it sixth overall in the region for ease of doing business.