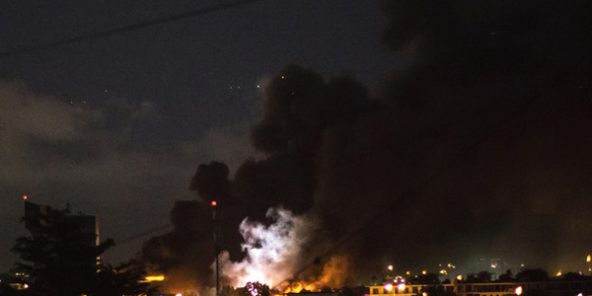 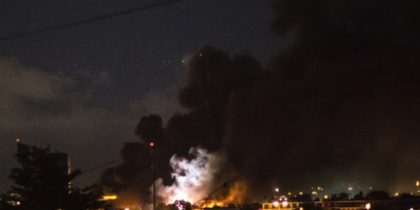 Ali Bongo in power since 2009 has been credited with 49.80 per cent of the votes against 48.23 per cent for his rival Jen Ping, according to the minutes written by the National Permanent and Autonomous Electoral Commission (Cenap) as read out by Interior Minister Pacome Moubelet-Boubeya.

Jean Ping’s supporters did not wait long to take to the streets in the capital Libreville and in Port-Gentil, the second city of the country, to voice their frustrations.

In capital Libreville, supporters marched towards the Cenap headquarters but were met with riot police and security forces that dispersed the protestors with tear gas. The opposition announced a number of protestors had been injured.

A group of Jean Ping’s supporters succeeded in entering into the Parliament’s compound. They set ablaze cars and set fire to a wing of the parliament, reports say.

Jean Ping’s camp contests the vote results in Ali Bongo’s stronghold of Haut-Ogooue where Ali Bongo reportedly won 95.46 per cent of the vote. The turnout in the stronghold was estimated at 99.93.

Paul-Marie Gondjout, one of the opposition’s representatives in Cenap walked out of the commission as he condemned plans to validate results making Ali Bongo winner.

France, the former colonial power, called for a re-count of the votes.

“We think it is necessary to publish the results of all the polling stations. The credibility of the election as well as Gabon’s international reputation are at stake,” the French Foreign Ministry said.

The EU has questioned the fairness of the election indicating that the Saturday poll “lacks transparency”. The EU’s election monitoring team in the country pointed fingers at state institutions being favorable to Ali Bongo.