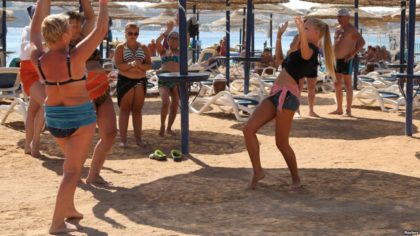 The tourism industry in many North African countries was affected this year by the terror threats as travelers avoid popular destinations such as Egypt, Tunisia, Turkey…targeted by terrorists.

According to the World Travel & Tourism Council, Egypt is one of the worst hit places, with tourist arrivals down nearly 50 pc so far this year. Last year, the travel and tourism industry accounted in this country for 11.4 pc of gross domestic product and 10.5 per cent of employment, some 2.6 million jobs.

The heavily indebted North African country saw its current account deficit jump 37.5 per cent year on year in the first quarter, forcing it to seek $12bn bailout from the IMF, as the fall in tourism arrivals led to a severe shortage of foreign currency.

The decline in tourist arrivals follows an explosion on a Russian plane shortly after taking off from the Egyptian resort of Sharm el-Sheikh in October 2015. The bombing, which killed all 224 passengers and crew on board, was claimed by Isis jihadis.

In Tunisia, the number of foreign tourists also plummeted 18.7 pc in the first quarter of the year. The decline comes in the wake of two terrorist attacks targeted at tourists in 2015, the slaughter of 38 foreign tourists in the resort of Sousse in June and an attack on the Bardo Museum in Tunis in March that left 23 people dead.

Tunisia is even more reliant than Egypt on travel and tourism, with the sector accounting for 11.5 per cent of jobs and 12.6 per cent of GDP last year, despite its contraction, according to the WTTC.

Turkey has also seen a decline in its tourism sector. According to World Tourism Organization, international tourist arrivals fell 9.9 pc year on year.

However, experts say Turkey might recover more quickly than either Egypt or Tunisia due to the expected increase of Russian tourists after Ankara’s decision to move closer to Moscow as its relations with the West soured following the military coup.

France has also been affected by a recent spate of terrorist attacks. On the flip side, places like Spain, Portugal, Italy and other sunny European nations have seen a big boost in tourist numbers.