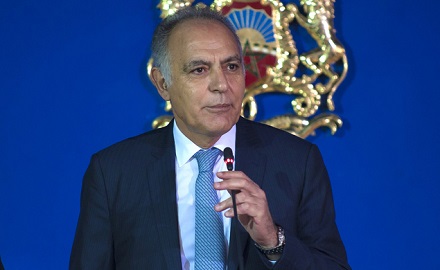 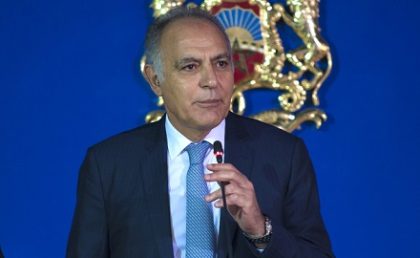 King Mohammed VI of Morocco made a strong case for reinforcing joint Arab action and unity in order to better address the multiple challenges facing stability, peace and development in the Arab region.

This came in a speech readout on his behalf by Foreign Minister Salaheddine Mezouar at the Arab Summit on Monday in Mauritania’s capital Nouakchott.

The Moroccan Sovereign deplored in his speech the disarray prevailing in Arab countries at a context internal and external risks of division are looming in the region. In this regard he stressed that “what matters, above all, is to embed in our collective consciousness the firm belief that unity is absolutely necessary if we want to rise to the cultural challenge which consists in building modern states rooted in civic values, the rule of law and commitment to territorial integrity and national sovereignty.”

The King stressed the need for Arab countries to complement and supplement each other and highlighted the role of the spirit of citizenship in averting sectarianism and separatism.

With regards to violent extremism that is plaguing several Arab nations, the Moroccan Monarch deplored that terrorists resort to biased interpretations and false arguments to distort the pristine Islamic faith. To shield the Arab world form such a cross-border phenomenon, King Mohammed VI called for launching a coordinated action in the region.

On the situation in the middle east, the Monarch held Israel accountable for the stalemate in settling the Palestinian issue due to its “refusal to abide by the relevant resolutions of international law as well as to its continuing settlement building policy which, day after day, undermines the two-state solution: an Israeli State and a Palestinian State. The latter should be established on the Palestinian territories occupied in 1967, and should be sovereign and viable.”

In this respect, King Mohammed VI said the 2002 Arab Peace Initiative offers a “basis for achieving security, peace and integrated development in the region.”

The Monarch made it clear that “any attempt to impose the status quo and the fait accompli policy will be useless and will not change the course of history.”

In his quality as Chairman of the Organization of Islamic Cooperation’s Al-Quds Committee, King Mohammed VI stressed the “need to safeguard the city’s Arab and Islamic identity and its legal status as a part of the Palestinian territories occupied in 1967 and as the capital of the independent State of Palestine.”

The King concluded his speech by pointing out to the need for winning “the battle for development” by ensuring capacity-building, combating poverty and vulnerability and overcoming hurdles to economic and commercial cooperation.

He said the Arab world needs to develop innovative thinking and skilled human resources as well as to boost the economies competitiveness through institutional frameworks that can serve as a catalyst for economic and social development.