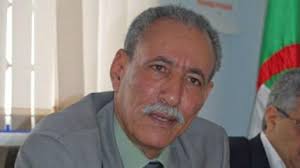 Designation of Warmonger as Polisario Leader Bodes Ill for Region

The election of Algeria’s man Brahim Ghali, which came as no surprise since he was the sole candidate, bodes ill for the region’s peace and stability, Spanish expert in Sahara issue Chema Gil said.

As a polisario hardliner blinded by his obedience to his Algerian paymasters, Ghali’s election came as an ominous news to the sequestrated population held in the camps of Tindouf, where the Polisario has been trading in their suffering by denying them refugee status and the right to return to their homeland, Morocco, in addition to embezzling humanitarian aid destined to them.

In this regard, the designation of Ghali shows the Polisario’s authoritarianism, the Spanish expert said, deploring that the UN and the UN Secretary General’s Personal Envoy are turning a blind eye to the dictatorial character of the Polisario.

Gil also pointed out to the crimes against humanity haunting the new Polisario administration. He mentioned that Ghali was accused in Spain of killing civilians back in the 1970s and 1980s when he was a separatist militia commander.

He said that Ghali should be brought before justice for the terrorist attacks that targeted fishermen from the Canary Islands who were killed upon orders from the Polisario’s militia leaders.

The election of Ghali as a President of the self-proclaimed SADR augurs ill for a peaceful settlement of the Sahara issue, regretted Gil, while warning against the possible return to an armed conflict in the Sahara.

For Gil, the designation of Ghali by the Kingmakers at the Algerian regime aims at deviating attention from the uncertainties surrounding Algeria’s future and social cohesion at a moment of low oil prices. Igniting tensions in the Sahara will serve that purpose, he said.