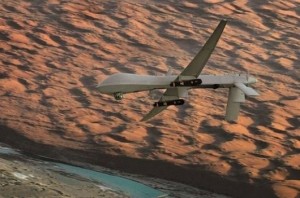 The air forces of the five Maghreb countries (Algeria, Libya, Morocco, Mauritania &Tunisia) and their European partners France, Spain, Italy, Malta and Portugal have staged lately a joint aerial military drill destined to counter terror threats.
The joint regional exercise, code-named “Circaete 2012”, seeks to enhance the combat capabilities of the air forces to prevent and foil terrorist attempts to hijack civilian aircrafts. It is part of the “Defence Initiative 5+5” launched in 2004 to foster dialogue and cooperation between the ten members countries in matters of defense and security. The areas of cooperation include maritime surveillance, security & safety of maritime commercial traffic in the Mediterranean region, coordination between the armed forces during major disasters, air security and training operations.
The initiative also aims to ensure continued co-operation in air security and boost regional coordination in managing and dealing with a real case representing an air terrorist threat.
The scenario picked up for the year exercise involved two cargo planes entering the air space of the 10-member countries. Fighter jets intercepted the two “suspicious” planes, using the standards set by the International Civil Aviation Organization.
After the six-hour drill, a work session was held with the participating crews to evaluate the level of co-ordination between countries to combat air terrorism or cross-air terrorism and hostile attempts to infiltrate the air space.