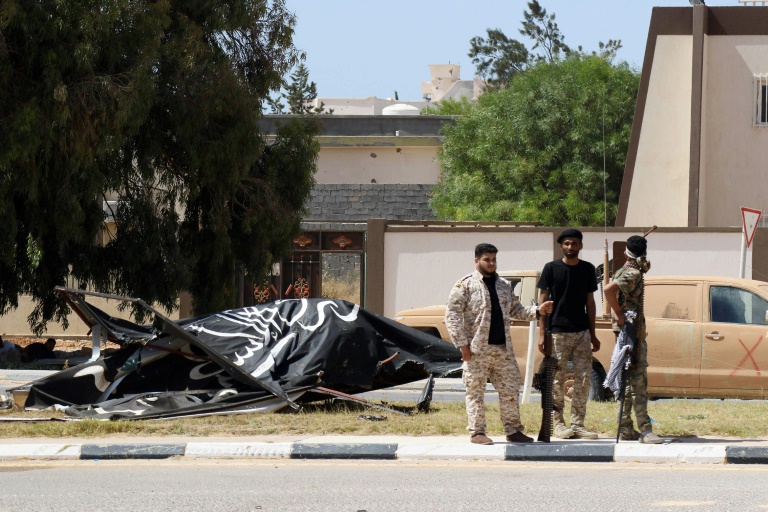 Libya: IS Resorts to Suicide Attacks to Push Back GNA Forces 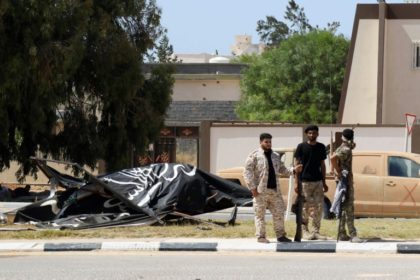 Islamic State fighters Sunday staged three car-bomb attacks against Government of National Accord-linked forces in a bid to halt the impressive advance of militia forces in the city of Sirte controlled by the terrorist group since 2014 and used as the terrorist nerve center in North Africa.

The attacks, which involved one ambulance, killed at least one medical operator, 2 patients and wounded several people, Libya Herald reports.

Militia forces including powerful Misrata militia troops have engaged in gun battles with IS as they tried to retake the city of Sirte [hometown of former Libyan leader, Muammar Gadhafi] from the terrorist group.

Forces loyal to the Government of National Accord (GNA) entered Sirte on Wednesday and made significant gains against the terror group. They reportedly took control, on Friday, of the port and the city’s conference center used by the militant group as command center.

The pro-GNA forces, equipped with MiG fighter jets and attack helicopters, have pounded IS positions in the city and have been engaged in street fighting with the terrorists.

Around 130 pro-GNA forces have been killed since the beginning of the assault on the city on May 12 reports say, putting the number of wounded at 500.

GNA, backed by the international community, has made of the ouster of IS its top priority and has received backing from several western and Arab countries which pledged to lend their support.

Martin Kobler, the UN mediator in the Libyan political crisis, which erupted since the death of Muammar Gadhafi in 2011, hailed forces relative easy and steadfast advance, al-monitor.com reports.

He however urged “all fighters to respect international humanitarian law and spare civilians.

British and American special troops are assisting militia forces with intelligence and logistics, according to Brigadier Mohamed Al-Ghasri, the spokesman of pro-GNA forces.