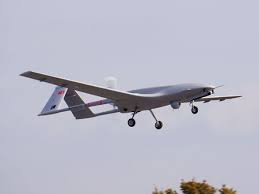 French Defense Minister Wednesday revealed that secret air forces are collecting intelligence in Libya but he refused to admit that ground forces have been in action in the North African country.

“We have been collecting intelligence in Libya for a while now. We need to know what is going on there,” he said.

The French official denied claims that there are French special troops in Libya as Le Monde reported in February. He also indicated that it was out of question for France to send ground troops before adding that France may do so if the Prime Minister-designate Faiez Serraj makes a request.

“Sending ground troops is not a solution,” Le Drian stressed.

“Prime Minister Faiez Serraj must make a request for his own security or request for training.”

Libya following death of former ruler Muammar Gaddafi in 2011 has descended into chaos, with no central government. The Islamic State has taken advantage of the situation to conquer vast swaths of land in the country, mostly in coastal regions where many criminal gangs indulge in illegal migrant trafficking.

Rival groups signed a political accord that hashed out a Government of National Accord (GNA) led by Serraj last December under the aegis of the UN.

Despite strong and vast backing from the international community, the GNA now in place in Tripoli after operating from Tunisia has been struggling to assert its authority challenged by a rival government in the East supported by the country’s sole legitimate parliament, the House of Representatives (HoR.)