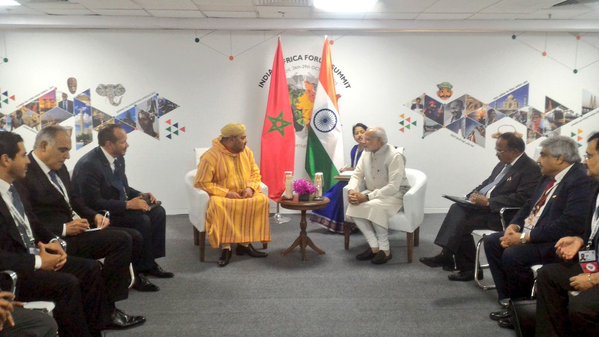 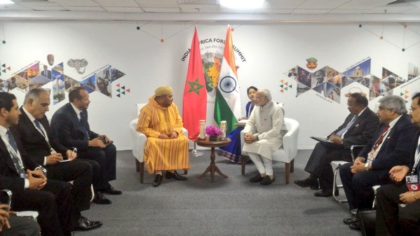 Morocco and India have set up a joint trade and industry chamber to boost economic cooperation between the two countries.

The chamber was launched during a ceremony attended by India’s vice-President Mohammad Hamid Ansari who is paying a visit to the North African country, the Head of the Moroccan Government Abdelillah Benkirane and businessmen from the two countries.

“Morocco is committed to developing its relations with India in all fields,” said Benkirane, recalling the longstanding and strong ties existing between the two countries sharing common development goals and views regarding several international issues.

For his part, India’s vice-President stressed the importance of the newly created trade chamber, which will enhance cooperation and partnership between Moroccan and Indian businessmen.

He also said that trade between Morocco and India has grown steadily during the past years, stressing the huge potential of the two countries’ economies, banking on common history.

Relations between India and Morocco go back to the 14th century when the famous traveler and writer from Tangier, Ibn Batuta, travelled to India.

The state-run OCP Morocco, the world’s biggest phosphate exporter, has already trading ventures with Tata Chemicals and Chambal Fertilizers, and 400,000 tons of phosphoric acid are exported to India each year.

Trade exchange and cooperation between the countries gained momentum since the visit paid last October by King Mohammed VI to India to attend the 3rd India-Africa Summit (IAFS).

In his address before this summit, the Moroccan Sovereign said the Moroccan-Indian “fruitful partnership” in the field of phosphates and their derivatives can be expanded to include other sectors, such as agriculture, the pharmaceutical industry, research in science and technology, training of managerial staff, and food security.

“Morocco and India should build on their experience to put their know-how at the disposal of some African countries and to serve African peoples”, stressed King Mohammed VI.

Morocco, thanks to its multi-dimensional cooperation with Africa and to its strong trade partnership with India, can actually serve as a platform for cooperation and solidarity between the African continent and the Asian giant, the Sovereign had said.