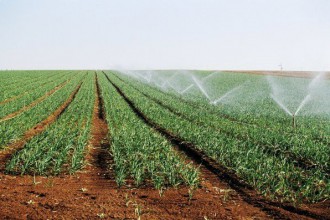 Morocco has been picked up to participate in a project to spread the use of green technologies in farming and food processing.

The project, launched in 2015 at the initiative of the Food and Agriculture Organization, the EBRD and the International Energy Agency to promote the use of green technologies in farming, is primarily destined to the countries of the southern Mediterranean and Eastern Europe.

A validation workshop of the initial results of the initiative was held on Tuesday (May 24) at the Hassan II Agronomy and Veterinary Institute in Rabat.

According to press reports, twelve technologies applicable to the sectors of farming and food processing were selected after the completion of several studies.

The first results show that these technologies have the potential to reduce emissions of greenhouse gas by 8 megatons of CO2 per year.

Participants in the Tuesday workshop, including experts from the FAO Investment Centre, stressed the need to promote the marketing of these green technologies in Morocco.
The project aims ultimately to speed up the adoption of these green technologies in the agriculture and food processing sectors. It is based mainly on the agriculture of conservation, the management of farm machines, renewable energy systems and cold-storage rooms. Future results will enable the project initiators to have an idea of the economic fallout at the national scale.