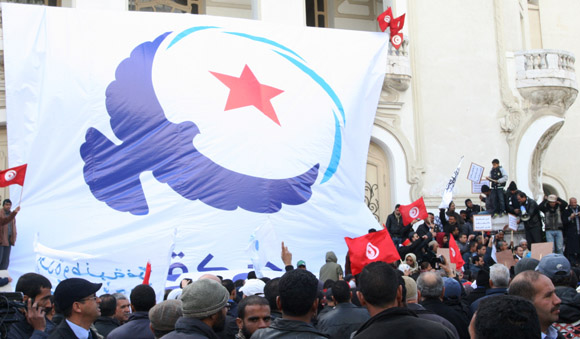 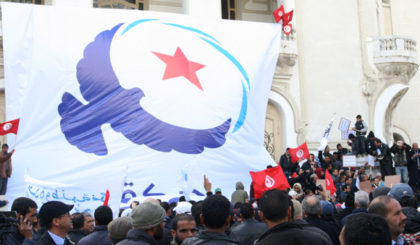 Rachid Ghannouchi, who has been reelected Monday as the leader of Ennahda party with a comfortable 800 of the 1058 votes, said the party is taking a new turn, alluding to the end of political Islam.
“From today, we are seriously moving towards becoming a national and civil political party with an Islamic core, which operates under the country’s constitution and inspires Muslim and modern values,” he said before his party’s congress.
He said his party, which has its roots in an Islamist political movement, was keeping pace with changes in Tunisian society.
He added that the change of policies was triggered by the 2014 Tunisian constitution, which calls for the freedom of religion and separation of civil society from politics, and also making the country a democracy with the imposition of “limits on extreme secularism and extreme religion.”
Banned under the dictatorship of strongman Zine El Abidine Ben Ali, the party was legalized after the 2011 uprising that kicked off the Arab Spring.
Ghannouchi, 74, who lived in exile for 20 years, returned to a triumphal welcome after the uprising and won post-revolution elections in October 2011.
But two years later, he had to step aside amid a deep political crisis.
In 2014, Ennahda came in second in the Parliamentary elections behind Nidaa Tounes, the ruling party of President Beji Caid Essebsi. However, Ennahda regained the majority in parliament after an internal crisis within Nidaa Tunis, led some MPs to quit the party.