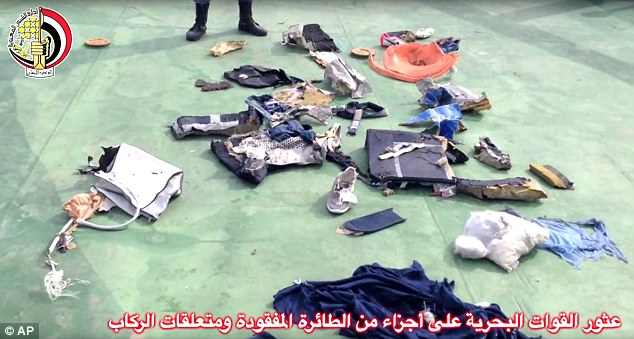 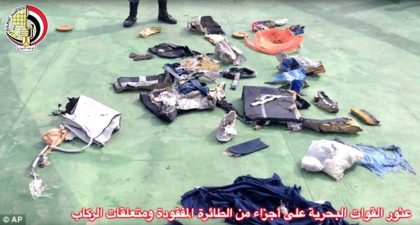 Search of the two data boxes of the doomed EgyptAir plane A320, which crashed Thursday, is under way as Egyptian authorities announced Sunday deployment of a submarine to hunt for the black boxes that may give a clue as to the exact causes of the crash.

Speculations are mounting as to the reasons behind the crash, some saying that the plane caught fire before it dived into the Mediterranean Sea.

French investigators confirmed Saturday there was smoke on board the flight minutes before it crashed into the sea. Signs of smoke were picked up in a lavatory and in the aircraft’s electronics, according to data from the Aircraft Communications Addressing and Reporting System (Acars) which routinely transmits data to airlines about the condition of their planes, The Guardian reports.

Aviation sources from Paris added details to the crash scenario saying that the pilot Mohamed Said Shoukair was worried about smoke filling the plane and told controllers he was going to make an emergency landing, debunking earlier claims that he did not send distress calls.

Egyptian navy on Friday found debris of the plane, which was carrying 56 passengers and 10 crewmembers. The army published images of some items including remains of human bodies, personal belongings, life vests, parts of seats bearing marks of EgyptAir that they found around 290 km north of Alexandria.

Egyptian authorities warned against jumping to early conclusions but said all scenarios are possible including the terror theory.